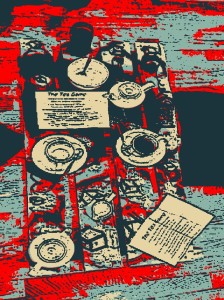 I had a fantastic time at the Tea Project, the greatest feat was the build up of mystery around this event, no matter where you searched online there was the sizzle and no sausage, I guessed it would be an immersive audience participation performance but beyond that really had no idea. 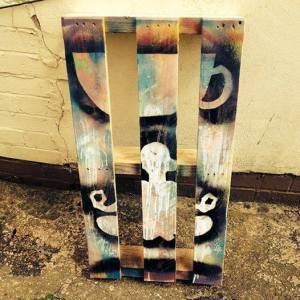 I did see some photos of artists painting the palettes  and yet in my head I still envisaged us around tables in the MAC café, with a performance akin to speed dating with teapots, I am glad that TTP was so much more than this.

Our invitation was equally tantalising;

Tiny Lion presents
The Tea Project
A playful exploration of the everyday ritual.

Dear human, you are invited to an intimate performance workshop, blending mindfulness with talking and tea-drinking. The Tea Project will host an event as part of the Cannon Hill Café series at mac birmingham Tuesday 3rd June 2014 | 7:30pm |

In a world of take away coffees, city living, and social disconnect: The Tea Project discovers the power of simply stopping to experience the moment “In life, we are always humans doing, we rarely get the opportunity to be a human being”

AND FREE TEA AND CAKE! It would be silly to refuse and Lorna Meehan was treating people to poetry in between the two shows in the foyer (where they had a free cupcake on entry)! Talk about sweet delights. They also had a guitarist playing Matthew Socci who sounded very good and managed to be heard over the general pre-performance buzz of artistic types gathering. 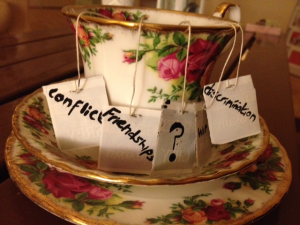 During the show I hadn’t banked on getting as emotionally tied into this piece as I was. Entering late at night to drink caffeine after a long, stressful first day back at work after the break, I carried all the tensions of the day. I had no idea that the show included mindfulness techniques and it was partly due to these activities that the audience ended up feeling transported.

As I left for home I was so chilled out. Was it really only Jasmine tea? (Of course it was!) Plus the power of performance. I was so laid back, I took a turning too early and ended up having to detour across the city to get home!

I loved it – and I usually (as you know) drink coffee! 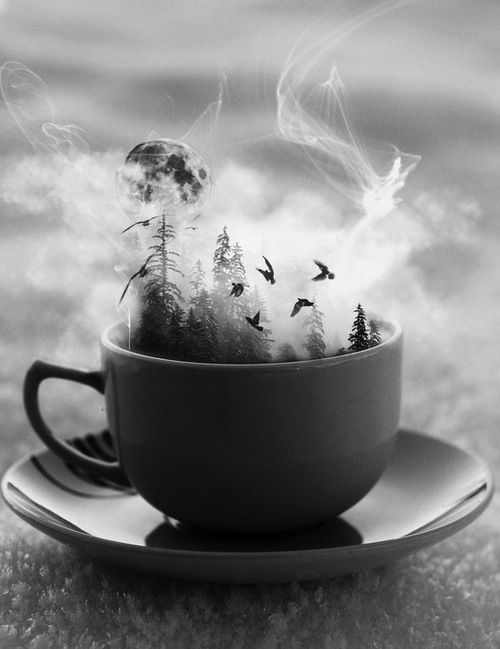 The Tea Project is an active artistic experience using tea as a tool to connect communities and generate discussion. You are invited to share a moment with friends and strangers alike, playfully exploring the everyday ritual that breaks down barriers, encourages anecdotal storytelling and allows us to focus on the present. What do you think you could solve over a cup of tea? This immersive evening is a fantastic investigation into how an audience can create theatre, and was devised by creative practitioners Tiny Lion (Tara Buckley and Lyndsay Price) as part of mac’s Creative Space residency. 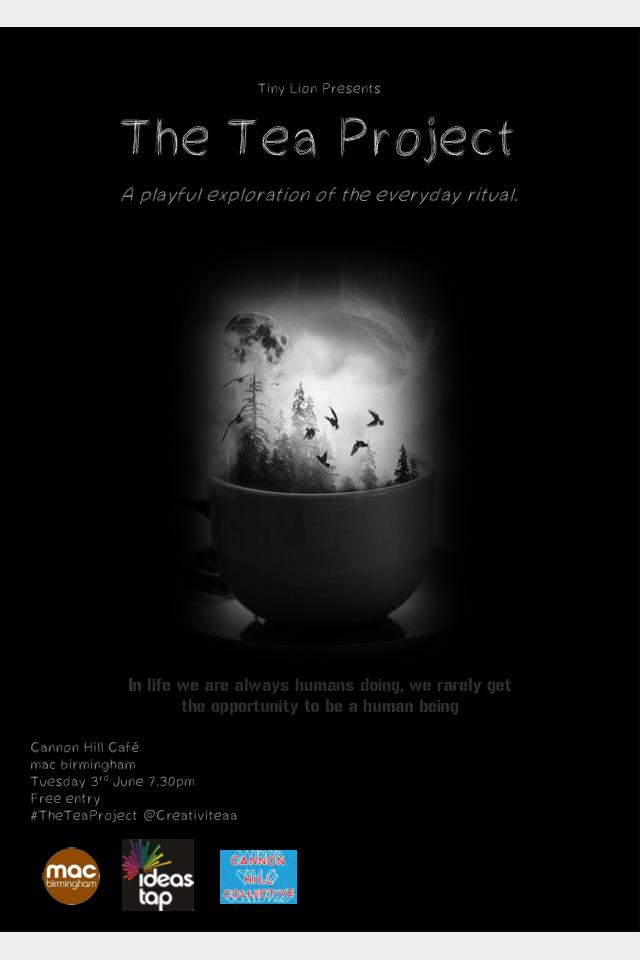 Tara Buckley and Lyndsay Price met at University, while studying Community and Applied Theatre at Birmingham School of Acting, recent graduates they applied for a Creative Residency at the MAC, Lyndsay describes it as the ‘perfect bridge between studying and employment’. It offers them an important stage in their professional development and will, no doubt, lead to further opportunities in the future. Their residency ran from November 2013 to March 2014. 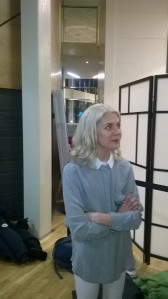 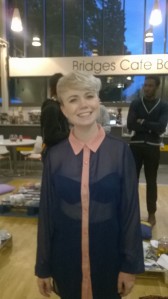 “The Next Generation Creative Space Residency is produced by mac birmingham. It provides three emerging artists with the opportunity to develop their creative practice. The residency enables artists to research and develop an idea in a nurturing environment. It offers the recipient 12 weeks’ worth of access to the arts centre’s rehearsal space and facilities, £300 to spend on developing your creative business, £300 to spend on working with an artist, 3 days of creative business training, continuous mentoring and an opportunity for a public showing of work at the end of the residency.” Lyndsay Price (Director)

The Tea Project was one of many events in #NextGenBrum project organised by the mac. 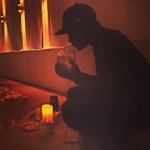 What I enjoyed the most was the flashback to my own graduate works, the collaborations and resulting shows and spectacles, very much in the light of TTP, if only we had had such funding and opportunity to support us back then (in the dark ages!), I love the fact that – ahem! Many years later, this kind of creativity still has its place and its stage!

I don’t want to describe the whole event as it may spoil what you experience in a Tiny Lion show in the future. Tara and Lyndsay are currently bidding for Arts Funding to do more with this project in the wider community. This event will have given them plenty of feedback and ideas on ways they could shape this project in the future. The Tea Project itself had a pilot show in one of the studio spaces in The MAC, prior to this event. During their development Tiny Lion showcased a number of trail performance workshops to a variety of audience members.

The best moments (other than tea and cake) were the mindfulness activities, and the subtle ways they made us let go throughout the performance. I loved what they had done to set the space in the café, the artistically covered palettes (c/o Visual artists working hard) and the matching tea sets. I liked the places it took me in my mind and the PAGE of poetry ideas

I went home with, along with the gift every audience member was given before leaving.

If you get a chance Tiny Lion will not disappoint and any invite with free CAKE should ALWAYS be accepted!

It is clear that the artists are taking all the steps they need for great success… and like the perfect cup of tea, need time to steep, allow the fragrance to become strong. They will succeed, I have no doubt, I think they already have! 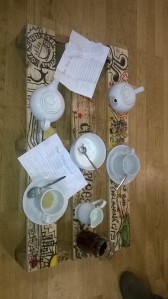 Now I need to go and boil the kettle.