I have had the pleasure of knowing this lot since 2014/15. Back in 2016 Emma Purshouse, Steve Pottinger and Dave Pitt banded together to form Poets, Prattlers & Pandemonialists, a year later their show was created.

It premiered at the Arena Theatre, Wolverhampton in April 2017 before they toured around the country and completed a successful run at the Edinburgh Fringe.

“This isn’t just poetry, it’s storytelling, and most importantly it’s theatre. Glorious theatre, framed in a manner which gives space for the work to shine but keeps the audience on the edge of their seats throughout.” – Neil Reading, Director of Arena Theatre.

Now these three poets are industrious so alongside their show they created Yes We Cant a night of Spoken Word at Pretty Bricks in Walsall,  a pub that does indeed have pretty bricks.

I was fortunate enough to make their opening night back in June, Jonny Fluffypunk and Paul Francis headlined and it was fabulous!

Fast forward almost a year and this monthly event is still going strong. 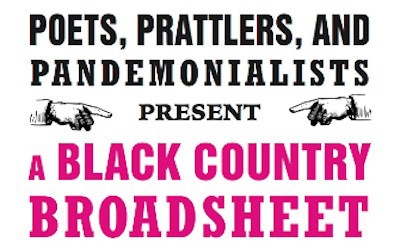 And earlier this year the Wolverhampton Poetry collective announced a new project to raise the profile of poetry in and of the Black Country. They managed to obtain an Arts Council grant which enabled them to roll out a whole programme and get other local artists involved. The Black Country Broadsheet was produced which includes commissioned poems, videos have been made and professional photo shoots have been enjoyed.

are the other poets commissioned for the project (see Rick, you got your commission, no more writing about fake ones).

Poet Steve Pottinger said: ‘This project is all about taking poetry to people who don’t think they like it, who don’t know it’s being written and performed in pubs and clubs around them, and who may never have attended or enjoyed a live event.

So, if you’ve got friends who you think might be interested, please tell them about it. We’re doing everything we can to show them the best local, contemporary performance poetry.’ 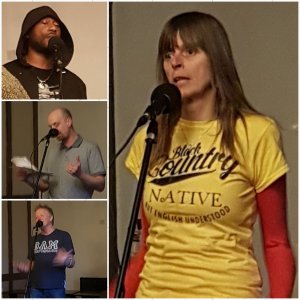 The project showcases the poets across 5 free events and has done just what they hoped it would. New poets have been found, some bravely taking to the mic for the first time (and blowing us out of the water!) and new to poetry people have decided it is not a bad night out after all.

Due to a hectic work schedule, editing, writing and NaPoWriMo (I can hear Dave Pitt chuckling), I was not able to make the earlier dates. But watched as the internet steamed away on adrenaline filled reviews and knew that I had to catch this wave. 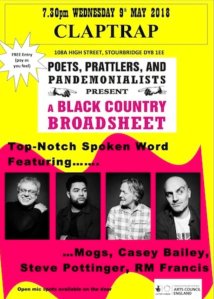 So Stourbridge was penned in the diary and despite being truly creamed by work, I went! They were all in a similar state having lived the highlights of Swindon the night before at Oooh Beehive.

Despite this, energy was not lacking as Dave MCed us through an incredible night of words.

I have not made a PTS for some months and it was great to be back in this wonderful venue, sitting next to Rob who was enjoying a night off from jumping up and down on stage and instead was able to enjoy the evening.

Everyone performed phenomenally well and it was great to see/hear new talent too.

Mogs performed a brilliantly funny set as always, treating us to some of the best from his book of children’s poetry. 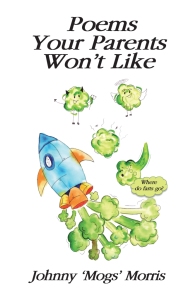 It was great to catch a whole set from R.M. Francis, thoroughly enjoyed and I realised it had been a while since I experienced Rob’s poetry back to back, good to hear him in full flow again.

Steve Pottinger performed some of my favourite recent poems of his, I love his train journey to Mars, no spoilers… okay, they terminate in Wolves…

Casey Bailey was his usual, incredible self. Playing his adopted by Wednesbury card to pacify the Brummie in the room situation and celebrated his latest collection ‘Adjusted’. 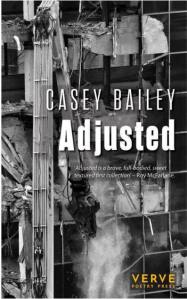 It was an incredible night and I am so glad Claire Walker sent a message saying she was going because it has been ages (or at least feels that way) since we caught up and was lovely sharing such a special night with friends. Plus Claire and I are booking some special work of our own in, we hope before the summer. I shared 3 of my 30 NaPo poems and a t-shirt quip. Shame I wasn’t wearing a poetry t-shirt, that would have won battle of the bands for sure!

Great to catch up with a room full of poetry friends and to be back in the Black Country, to see first hand one of the 5 events in this programme and to be able to tell them what an epic group of poets they are on feedback forms (well, if you do go and get Arts Council funding). I may not have written the word epic but I said some very pleasant things that I know someone else magpied (stole) for their feedback form.

If you can, catch the next one on the 15th May, you will NOT be disappointed!

And if you want to catch their original show head over to Stoke-on-Trent.