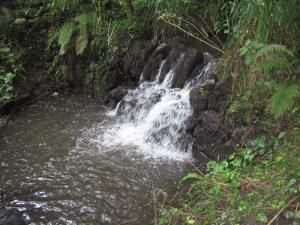 Today is a celebration – 3 years of this blog, I spotted the WP Trophy icon on the site! I went for a wander around the data and was happy to see the growth in traffic, visitors and followers year on year. This wander down memory lane landed me in the New Year posts from 2015. After I read them and recalled how I felt this time last year in my writing skin, I decided to write this post.

Last year in this post Truth & Rainbows I wrote about goals/resolutions and I know I have said this year is all about my house (which it is), I still have a growing poetry/writing skin to fill. This blog was primarily started to keep tabs on my writing life. It has become so much more than that to me and hopefully to you, but from time to time I want to take it back to the original detail. This is me, starting a new life, I am a writer. (2013)

I have often said that what the world sees is the tip of the iceberg and actually they never see the part under the surface. We all know too well those internet lists of incredibly successful people who started with a series of failures, some lasting decades. I always wanted to mix the downs and ups, tell you about rejections and so on, equally I want to mark the successes.

So I have lifted this list from the review post Truth & Rainbows. It isn’t just about blowing my own trumpet, it’s to get you to think about yours and realise that if you keep on, you will get there.

It seems last year I did make resolutions, the best thing about this post  ^ is knowing the results 12 months later;

Here are my resolutions –

I am working towards a collection of poems for a pamphlet. I sent 2 manuscripts, both were rejected but one showed promise and I continue to make this my personal project of 2015. The process has opened up a whole new world. I had the wardrobe, now I have to find my way around Narnia!

I am going to have a big presence on the Performance Circuit in the hope of being booked for guest spots by the end of the year. I managed 107 events, some were open mics, other were gallery openings, art projects, festivals, commissions, collaborations, everyone of them was a delight! I performed alongside many amazing people and have just had my 2nd Headline/ Main guest booking!

I will submit poetry for publication. I did! Some was published, others rejected, all were new writing fresh from my pen.

I will write some short stories for competitions. I did, I have shelved this as I was not particularly successful in this field although I corresponded with some incredible people and had a few close misses. However, posts I wrote back in 2013 about writing short stories are still top of the stats several years later.

I am working towards a collection of poems for a pamphlet. In August 2014 I submitted a manuscript and in January 2015 this was accepted for publication. It has been a long, hard year and somewhat disappointingly my work is not yet out in print. I am in the final editing stages and have learnt a lot from this process. I know that the final pamphlet will be stronger for the additional work that has gone into it and will mean so much when I finally get to hold a copy!

As I didn’t enter the poetry world until October 2013 I mark this acceptance almost within the first year of writing, 14 months after starting my poetry was accepted. Even if it will take a while longer to be read.

I am starting work as an Assistant Writer with hope of having a position as a Lead Writer in 2015. I was given the Lead Writer position in September 2015. I happily continue and have just planned our first session for 2016. There is also a new project I am hoping to be involved with for our groups this year.

I am going to have a big presence on the Performance Circuit in the hope of being booked for guest spots by the end of the year. In my first year I performed poetry at over 107 events, some were poetry festivals and commissioned events and collaborations. My biggest achievement was a poetry commission to write and perform at Birmingham Literature Festival 2014. In 2015 my headline slots started at the beginning of January and I was booked throughout the year at various venues. I hope to keep this up and of course having a book to sell will help!

I think I performed at about 92 events in 2015 (not much of a back seat was taken), including book launches in London, Poetry Festivals (a wider net was cast), commissioned performances and a finalist in Worcestershire Poet Laureate competition (3rd Place), my first ever Poetry Brothel Experience with Caged Arts and 5 other selected poets, I was also part of the Quiet Compere Tour 2015, Worcester – Stop 6, which was booked way back in April 2014 and had to be kept a secret!

I also completed some Poetry on Loan training and organised the best INKSPILL yet, our annual online writing retreat, this year marked 3 INKSPILL retreats and next year plans are afoot for some expansion.

I will submit poetry for publication. I did! Some was published, others rejected, all were new writing fresh from my pen. I got into publications that were on my ‘dream list’ too.

We have to put up with so much rejection in this field that I think it is essential for some positive reflection.

So have a think about your own writing desires, how far have you come? How close are you? What will be your next step? 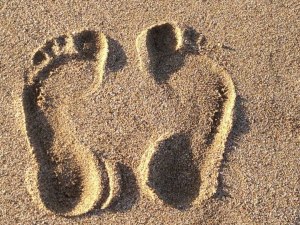