I love to read about other people’s  space and I often imagine my own dream space… but the truth is, I don’t even have a writing desk. For a poet I think they are less essential equipment than for the novelist, but it is good to have an organised surface. I am under no illusion that whilst I make do the rest of the world has gold cast desks in ivory towers to sit down behind. Like I said, a fascinating topic.

I mainly use laptops and notebooks (old school, the ones with paper and bindings, usually ribbon markers and well designed, appealing covers) – so I can manage with a lap tray, curled up legs, my own knees, a coffee table, side table, TV dinner table… someone else’s back… the list goes on.

In the past (before Mr G and I moved), I have had desks and since we have been living together I have often caught sight of a dream desk. Sometimes in stores I would have to go back into full-time employment to afford, other times the furniture is just too big for the dimension of the rooms bound for a desk one day.

I fell in love with an old fashioned, green leather covered desk, you know the sort. It was in a charity shop (now closed down) and I even think I know who donated it. But it was BIG and I know I am not ready.

Not being ready isn’t a case of denying myself until a standard of life is obtained, it is simply a question of space needs to come first and guess who is STILL unpacking boxes this summer?

Sometime last year or the beginning of this one, Mr G and I bought a miniature dining table (a copy of the one I grew up with) with the intention of varnishing and using it outside to replace one which was severely warped (although that made it interesting enough to appear in a poem).

Did the table make it outside? Did it get varnished? Of course not, it got placed in the middle of the room and had stuff dumped all over it – until Christmas when we used it as a dining table for a very small family gathering. This means it was 2015 we bought it! After this I decided that if it was going to spend the winter/spring inside – I may as well use it.

Use it I did. A tablecloth to hide the imperfections yet to be tackled, a bar to rest my foot against as I sit in quite possibly the worst cross-legged position at the laptop. Month on month the post and magazines, diaries, notes, receipts, books etc. grew at a magical rate. In amongst this writing stew – car keys, hairbrushes, money, cards, hair bobbles, pens would all go astray.

The first task of my summer holiday was to strip it all back (a design term for tidy up) to make me feel I was being creative and using my time purposefully! Most of it was binned, re-shelved, stacked elsewhere neatly in piles. Then I went and rescued an oilcloth basket I bought last summer on my London expedition (which was still in the bag with receipt of purchase) and tidied everything I needed into that. The scrap paper notes pad, diaries, pencil case, pens etc.

I have spent the past 4 nights tidying up after myself. Everyday I have used this space well. Although a clearer mind implies less ideas, it is a more comfortable place to write now. Or edit, which has been my main task this month.

What about the space you write in?

For many years I worked weekends, I am under no illusion that we all have the day off – but for those of us fortunate not to be working, take some time today to gather up the month and get ready for the next one!

Today I am writing poems and clearing more boxes with Mr G, my main deadlines have past but I may squeeze in another submission if I create enough time.

This month my writing life has been packed full, I have met many new performers and poets, created new work, attended workshops, performed, headlined, spent hours researching (specifically the Iron Age, horse’s harness fittings, the terrorist attacks in Paris,  Charlie Hebdo , the Earth, measuring planets and religion), worked to tight deadlines, submitted poetry, worked in my writing and mentoring role & read/ bought new poetry books. I have also nearly filled my A4 notebook – which was started in the summer – soon I shall be using my 3rd writing notebook of this new fangled life. I have also (thanks to a visit to the Corinium Museum) nearly filled my 2nd observational-notes-take-it-everywhere-with-you notebook. Exciting stationery times!

I have just spent 2 hours with my writing diary reviewing everything – making sure everything is ticked off for January and scribbling well into the pages of February and March – as far as August and then to December. Being organised is the key to a freelance life. I have at least reached the stage where my bank of work enables me to find suitable poems rather than continually producing new work to theme.

I also spent sometime this month looking back over the blog and want to share a list of links back to January 2013 and 2014. Dip in, particularly if you have become unstuck with resolutions or lost those hopeful vibes that January the 1st brings.

A Wise Article I once Read…credit for the metaphor needs to go to Joanne Borrill.

Some lessons I learned on the 10th January (still relevant today)

1) You can’t outwit a SMART phone

2) Reading material you are ‘into’ takes half the time

4) Following your dreams reawakens you at soul level

5) Seek and you will find – The Bible

Gold dust ^ you won’t need a time machine or anything!

A reminder that loss resurfaced – a poem mantra

Positive affirmations to keep you going from a great online webinar I did last year. 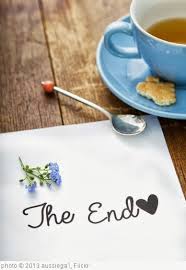 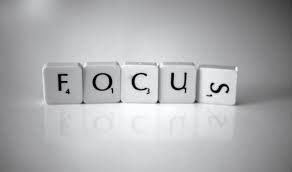 Today my writing day has been reduced to a morning (one which included fraught calls to estate agents and management companies, as the tale of selling my apartment takes another twist!) and also a search for my lost purse, which along with some cash and bankcards has my driving license which needs to be sent to the DVLA for renewal! Life! It’s never easy – I envy the organisers amongst you – try as I might, I am a messy, muddle, piles of things kind of person. A difficult mould to break.

Yesterday afternoon I spent some time in solitude in my sunny garden (with new summerhouse roof – the reason I accepted work on my writing days this week) catching up with reading my writing magazines. I made notes in my writing diary and a list of things to do in the next 24hours, which included looking at websites of upcoming submissions.

One of the opportunities I found earlier this year which I hoped to try was an application to be a festival poet at Glastonbury. This year I am really learning when you find out – apply and submit – don’t sit on it for months and wait for the deadline inked in the writing diary!
Well the deadline was the 7th! I thought it was the 17th… must screw my head on better next year. They have 100s of applicants and it wouldn’t have necessarily led to anything – I have friends on the circuit who have poetry personas and are SLAM champions and I think this is probably more the sort of style they are looking for to entertain the masses, not that fringe tents get masses. It is something I would like to do – will get my material prepared before Christmas ready to send in the New Year!

I feel so deflated when I miss opportunities, but as I have said before it would be impossible for me to hit all the targets I pen out in the diary, unless I win the lottery and have the pleasure of writing full time. Now where is that Lottery Scratch card Mr G bought me…only joking, I may be disorganised but I know where that is! 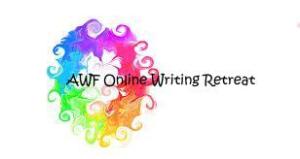 One thing I HAVE started organising is this year’s writing retreat. In February I asked some writers to be involved, fully preparing myself for rejection… and to my delight everyone responded within a day or two confirming their involvement. 2013 was a pretty awesome online retreat, but 2014 looks to be even better! Pencil it in your diary, the last weekend of OCTOBER.