Towards the end of May I received the news that I had made it to the final of the Worcestershire Poet Laureate competition. There were three finalists, myself, Damon Lord and Louise Reeder.

I spent the first few hours twirling around with excitement at being a finalist. ‘That’s a win, right there!’ commented a poet I know. She was right. This alone is an achievement and one we should all be proud of.

I decided not to make it public when I sent my entry earlier on in the year, the poetry network being what it is some people who know how to read me, guessed. I still didn’t go public. Once the finalists had been officially announced  https://worcslitfest.co.uk/2017/05/30/and-the-worcestershire-poet-laureate-finalists-are/ I went public – but the Nation as a whole was understandably focused on the Election by then, which continues as the main social media topic now.

The week I discovered the news was a fully booked one with Stourbridge Library – Jo Bell & Roy McFarlane, Uncorked with Charley Barnes, Spoz and Hannah Teasdale, Stanza on Friday and a workshop in Cheltenham on Saturday – Stoke Newington Literature Festival and Shabda Press reading had to be cancelled as I did not have enough hours to make the journey in time and the Sunday night was Yes, We Cant in Walsall with Jonny Fluffypunk – poetry heroes aplenty. I thoroughly enjoyed myself but in the back of my mind my competition poems were stirring. I decided to give myself the 2nd week of June off from poetry events and other writing to concentrate on the poems.

I missed Stirchley Speaks – the 2nd birthday and a good night – but I did spend that particularly evening enjoying the summer house clear out Mr. G. had worked his socks off on, got drenched in the downpour and read my poems through a few times. I learnt them by heart. I spent Election day waiting in for a fridge and reciting lines. I voted on my way back from work – don’t you worry!

Tonight after a haircut (much needed), I headed to the Racecourse for the final. I arrived about 40 mins early – the Friday night traffic I had predicted came later. I am never early and with a tummy full of butterflies this was not easy.

The evening itself was the LAUNCH of Worcester LitFest – all the finalists had an informal interview with the 5 judges and then we watched/heard the talented competition winners. The Young Writers read their entries, followed by the winning Flash Fiction entries.

There were quality performances by Matt Windle – Birmingham Poet Laureate – who MCed the event, Oakley Flanagan – Young Poet Laureate and Suz Winspear – who has just completed her tenure as Worcestershire Poet Laureate. Matt performed followed by the finalists and Oakley and Suz performed after the judging and before the winner was announced. 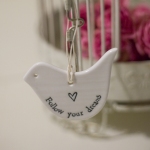 Damon Lord, Louise Reeder and I had all entered the competition  before. This doesn’t prevent nerves or anxiety. Everyone performed their poems well. This year there was no public vote so we hadn’t seen or heard each other’s poems before. Another addition this year was to give a brief outline of what you hoped to achieve as Poet Laureate should you be the fortunate winner. I really wish I had typed mine because the ill-ordered scribble was hard to deliver cohesively! It was also difficult not to have every politicians mucked up manifesto in my mind as I delivered my hopes.

My happy news is that I am the Worcestershire Poet Laureate for 2017/18!

My first official engagement is tomorrow night, The Night at The Museum III with Suz Winspear, Matt Windle and Chloe Clarke. It starts at 7:30 PM see the link for programme/ ticket information – £5 a festival fiver is what you pay.

Of course, I am off to National Writers Conference first, in about 7 hours! Matt Windle is performing there too.