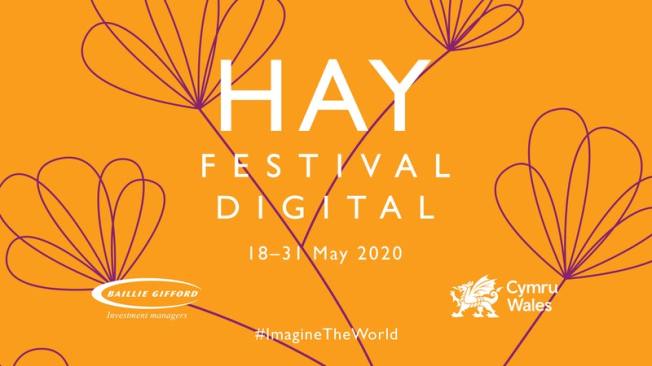 I always slightly regretted not studying Classics at A-Level, I already had 3, an AS and an exam retake and as I studied dance and theatre there really wasn’t any spare time back then. It is never too late and the A-Level Theatre Studies did cover Greek Tragedy and therefore I do have a good base with the playwrights. Although I had forgotten how dark and gruesome the plots were! Since starting to write poetry I have researched the Gods and Goddesses often.

I also realised that as a child I read books based on ancient texts, both at school and home, just not a memory that was resting at the front!

I really enjoyed my first event of the day (which was actually the first event of Hay) with Daisy Dunn. It was really informative, easy to follow and captivating to hear. I do not feel that I have been lectured at all, yet I am filled with knowledge. Daisy is someone who can make you feel passionate about this subject, we all left yearning to dig back in.

It was a wonderful journey around the ancient worlds.

‘The Gods as catalysts for drama…’

The Q&A at the end had some great questions and detailed analysis in Daisy’s answers. 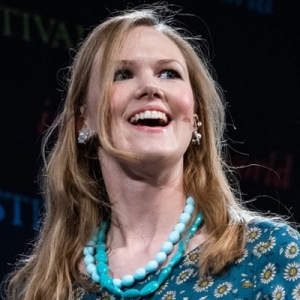 OF GODS AND MEN

The classicist mines her wonderful collection of stories from Ancient Greece collected in Of Gods and Men, to explore the tales of comedy and tragedy told by Aeschylus, Sophocles, Plautus and Euripides.

Daisy Dunn is a classicist, art historian and cultural critic. She read Classics at Oxford, before winning a scholarship to the Courtauld and completing a doctorate in Classics and History of Art at UCL. She writes and reviews for a number of newspapers and magazines, and is editor of Argo, a Greek culture journal. Her latest books are In the Shadow of Vesuvius: A Life of Pliny, Of Gods and Men: 100 Stories from Ancient Greece and Rome, and Homer: A Ladybird Expert Book. 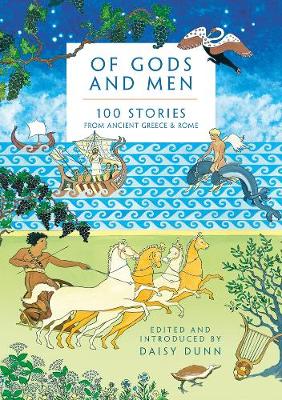 Daisy Dunn offers a deeply researched collection of stories reflecting the eclectic richness and depth of the classical literary canon.

Striking a balance between the ‘classic classic’ (such as Dryden’s translation of the Aeneid) and the less familiar or expected, Of Gods and Men ranges from the epic poetry of Homer to the histories of Arrian and Diodorus Siculus and the sprawling Theogony of Hesiod; from the tragedies of Aeschylus and Euripides to the biographies of Suetonius and Plutarch and the pen portraits of Theophrastus; and from the comedies of Plautus to the the fictions of Petronius and Apuleius.

Of Gods and Men is embellished by translations from writers as diverse as Queen Elizabeth I (Boethius), Percy Bysshe Shelley (Plato), Walter Pater (Apuleius’s Golden Ass), Lawrence of Arabia (Homer’s Odyssey), Louis MacNeice (Aeschylus’s Agamemnon) and Ted Hughes (Ovid’s Pygmalion), as well as a number of accomplished translations by Daisy herself.

I then caught up with an event from yesterday, with Grayson Perry. I have been watching his ‘Art Club’ during lockdown and still one of my favourite poetry day trips was when a group of poetry/stanza friends all went to the Birmingham Museum and Art Gallery to see the tapestries exhibition ‘The Vanity of Small Differences’.

He is a very inclusive artist and this event was wonderful. He talks about what many writers have discovered – that during lockdown, Art is to do with the making, the creating- the process and the benefits that gives us, as opposed to end products and selling work (although that end of the line is still important). Writers are finding that just carving out some time to do that in itself is a challenge during lockdown, which is strange because our normal writing lives resemble something of lockdown generally, but this is a complicated situation and the same part of our brains which deals with creativity also sorts our emotions – which are all over the place. This is why no creative person should beat themselves up if they are struggling to be creative in the pandemic.

He talked about the work he has made weekly during Art Club. It was a fun interview, could have watched for hours. From Alan Measles to creating a whole house/ environment, including a Ballad – well done, Grayson! A celebration of an ordinary life in an amazing building.

This book is gold-dust for any admirer of Grayson. 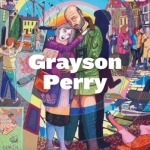 He talks about people’s decisions and being fascinated by people’s social signalling and I definitely agree that many Zoom meeting bookshelves will be full of unread tomes, or even fake books (probably) and everyone is obsessed by sitting in front of them.

I use 1 of 2 walls! Neither have been decorated and both are aged and not our taste/decor.

So much more was discussed – but if I tell you everything you may not watch the event. It’s available on Hay Player.

In her major monograph on Grayson Perry, now updated and expanded, writer and art historian Jacky Klein explores the artist’s work through a discussion of his major themes and subjects. Klein’s text is complemented by intimate and perceptive commentaries by Perry on individual pieces, giving unique access to his imaginative world and creative processes. This third edition not only has updates throughout, but also includes two new chapters, on the House for Essex, designed and built in 2015 with Living Architecture (a UK not-for-profit holiday rental company founded by Alain de Botton, which aims to promote, educate and enhance appreciation of modern architecture), and on Identity Politics,  covering new work made since 2013.

Grayson and Jacky talk about his inspirations and processes, work and passions – as well as his most recent projects and his life under lockdown, including his hugely popular new TV series, currently running on Channel 4 on Monday nights.

Clear, generous and insightful… In unravelling the mystique behind Perry, Klein shows why this unlikely artist is, in fact, most likely a national treasure – Financial Times 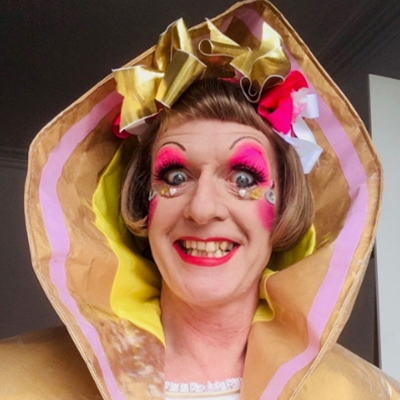 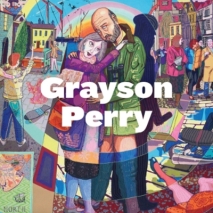 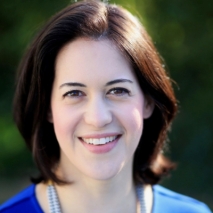 I then watched Paul Dolan from earlier on today. I have a lot on the to do list today and not much hope at getting to any of the tents on time! Plus there was sunshine and our wifi doesn’t reach the garden. ‘Happy Ever After’ – a book about social narratives was originally going to share the title of this event.s

We should stop judging people – this was one of the greatest lesson I learnt when I was trained in Life Coaching and on the whole it is something I can manage (unless you’re a politician) – so Paul at Hay would have been talking about this – but due to COVID, decided to focus on the Healthy Narrative instead.

There are many narratives about how we should live our lives. We should seek success, for example, and we are masters of our own destiny. We use these narratives as sticks to beat others with if they don’t conform. I will consider whether these narratives are good for us and why we care way too much about what others do. Dolan is Professor of Behavioural Science at the LSE and author of Happy Ever After. 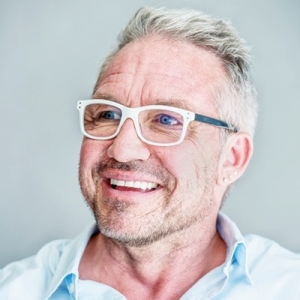 This was an interesting event. I knew it would be. A great interview with some in depth answers. Just love listening to a writer talk about their methods and writing discipline.

The British Library and Hay Festival named Chloe Aridjis and Daniel Saldaña París as recipients of the 2020 Eccles Centre & Hay Festival Writer’s Award, a highly prestigious annual prize of £20,000 for a current writing project exploring the Americas. Chloe Aridjis is a London-based Mexican novelist and writer. Her latest novel Sea Monsters was awarded the 2020 PEN/Faulkner Award for Fiction. Daniel Saldaña París is a Mexican author, poet, essayist and novelist, considered one of the most important in Mexican contemporary literature. In 2017, he was chosen as one of the authors of Hay Festival’s Bogotá39, a selection of the best Latin American writers under forty. Chloe and Daniel join translator Sophie Hugues to discuss their work and works-in-progress supported by the Eccles Centre & Hay Festival Writer’s Award. 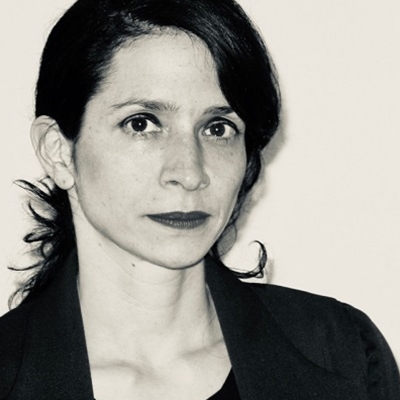 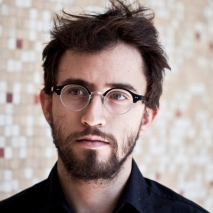 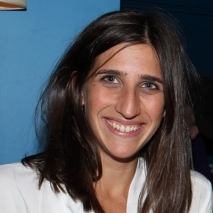 I saw this event was available to rewatch and so took a punt – in the light of the fact that this future is ours.

THE NEW LONG LIFE: A FRAMEWORK FOR FLOURISHING IN A CHANGING WORLD

Smart new technologies. Longer, healthier lives. Human progress has risen to great heights, but at the same time it has prompted anxiety about where we’re heading. Are our jobs under threat? If we live to 100, will we ever really stop working? And how will this change the way we love, manage and learn from others?

Andrew J Scott is Professor of Economics at the London Business School and consulting scholar at Stanford University’s Center on Longevity. Through his multi-award-winning research, writing and teaching, his ideas inform a global understanding of the profound shifts reshaping our world and the actions needed for us to flourish individually and as a society.

Lynda Gratton is Professor of Management Practice at the London Business School where she teaches an elective on the Future of Work and directs an executive program on Human Resource Strategy. Lynda is a fellow of the World Economic Forum, is ranked by Business Thinkers in the top 15 in the world, and was named the best teacher at London Business School in 2015. 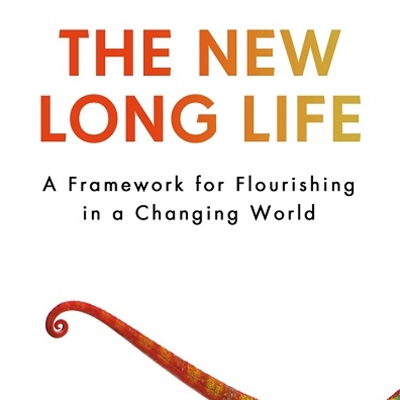 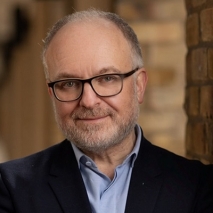 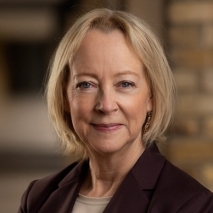 I get frustrated when I read the complaints in the chat box at Hay events, some people have no idea or appreciation of what a feat this is that they have moved the entire Festival online for FREE! A 20 minute programme is unlikely to include Q&A and if the guest is Spanish why should he not use his mother tongue? Did I mention I don’t judge people earlier?

So if YOU can manage to read subtitles and are technically adept enough to use full screen, go and have a listen/read to a philosopher of our time. Special and true.

IMAGINE THE WORLD IN THE TIME OF THE CORONAVIRUS: SOLIDARITY AND SCIENCE

The renowned Spanish philosopher, an expert on Ethics and a prolific writer, reflects from his Basque Country home about the immediate effects of the covid19 crisis on our psyche, how solidarity is probably the most relevant concept now for human beings, and how we need to trust the scientific method.