This post brings me joy! In 2019/20 I was commissioned by Elephant’s Footprint to produce 10 animated poetry films for Poetry Renewed. Helen Dewbery and Chaucer Cameron are currently on the panel at REELpoetry and they have taken lots of their work to show. Also worth checking out is the Poetry Film work of Kathy Gee and Lucy English.

I was delighted when Helen told me they would be showing Territory – one of my favourite animations and also one of my most liked recovery poems. It was shown on the 24th February on the opening day of the festival, as part of the Short Segments programme. The good news? You can still watch the festival videos until 6th March, ticket details and information can be found here. http://www.publicpoetry.net/#SE

Huge gratitude to Helen and Chaucer for the opportunity to do something creative with my failing body and for taking Territory on a road trip!

Territory is one of the three poems published in an up and coming anthology The Brown Envelope Book – Caparison Books in collaboration with Don’t Go Breaking Our Arts and Culture Matters, edited by Alan Morrison. It is the first time anything from this body of work was submitted for publication, so I am delighted they took all three!

We made it to Day 3, congratulations.

Sometimes it is easy to forget where our writing has come from. I realised by reading the list of poems that a good few are appearing in my next pamphlet. I used them in a Poetry Project last summer and forgot that they actually came from April and a mad month of writing.

There is a lot of comment and speculation about writing this many poems in a month and the calibre of the outcome. You only need to read some of the participating sites to see the standard of poetry which can rise from these daily prompts.

There is also an extra link to an interview with longtime participant Vince Gotera, who has published The Coolest Month, a book featuring poems written during past Na/GloPoWriMos.

Hello, everyone! We’re now three days into Na/GloPoWriMo. Hopefully, you’re starting to get into the swing of things.

Our featured participant today is A Reading Writer, where the interrogatory prompt for Day Two gave rise to a very slithery metaphor!

Today’s video resource is this animated version of Erin Mouré’s “Homage to the Mineral of Cabbage.” The English text of the poem is cleverly incorporated into the video, but the narration is in Galician, a language spoken in Northwest Spain. My Spanish is pretty rusty, but for me that adds to the audible mystery and delight of this video – I can almost understand it. For even more multi-lingual flavor, you can also see the video with French-language text here.

And now for today’s prompt. Today’s prompt is based in a poem by Larry Levis called “The Two Trees.” It is a poem that seems to meander, full of little digressions, odd bits of information, but fundamentally, it is a poem that takes time. It takes its time getting where it’s going, and the action of the poem itself takes place over months. Today, I’d like to challenge you to similarly write something that involves a story or action that unfolds over an appreciable length of time. Perhaps, as you do, you can focus on imagery, or sound, or emotional content (or all three!) 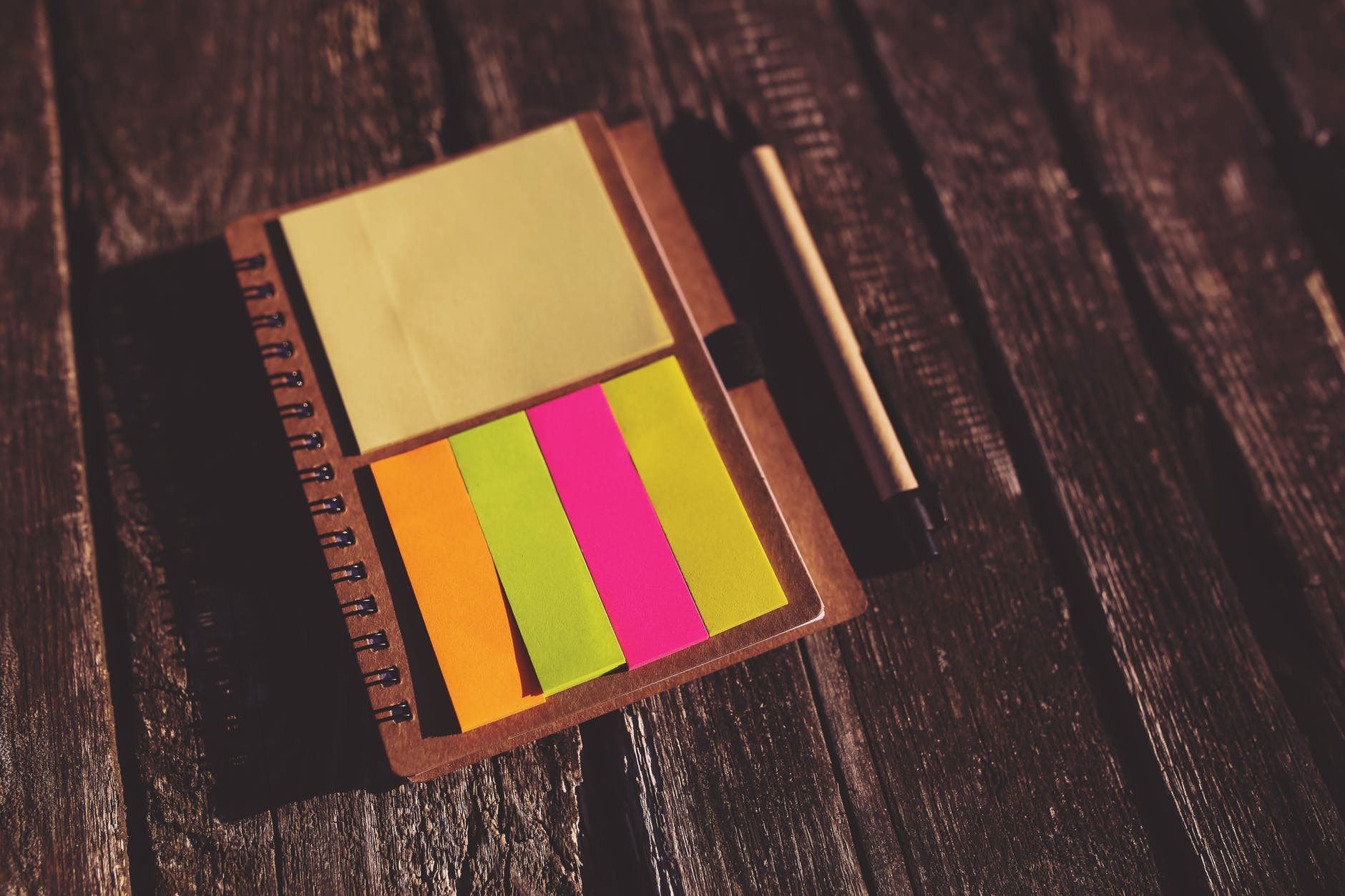 Today I read up on Vince’s new collection. Vince Gotera is a Professor of English at the University of Northern Iowa where he served as Editor of the North American Review (2000-2016). He is now the Editor of Star*Line, the print journal of the international Science Fiction and Fantasy Poetry Association. His collections of poems include Dragonfly, Fighting Kite, and the upcoming Pacific Crossing.
https://langlit.uni.edu/release-reading-vince-goteras-coolest-month 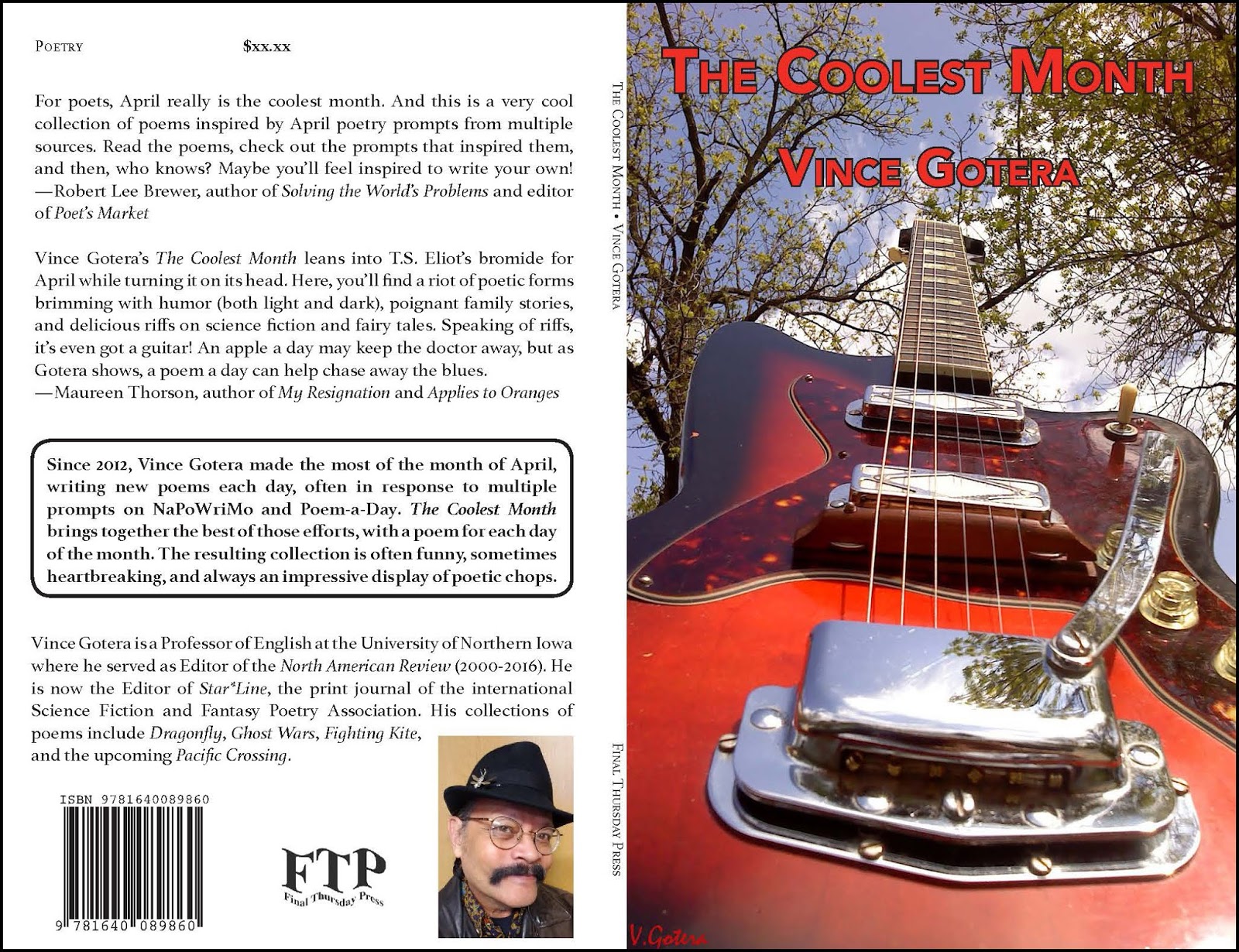 If you are local to there you may be interested in his Launch, the event is free.
A release reading for The Coolest Month will be held on Tuesday, April 9 at 7:00 p.m. in 1017 Bartlett Hall on the UNI campus. This event is free and open to the public.
I also had a look at his website and read his NaPo poems for 2019.
I then read ‘Evening Snake’ by Rose Gonzales (from NaPo Day 2). I wandered around her beautiful blog for a bit.
I love the fact that this year’s additional resources are video. I am currently part of the Worcester Poetry Film Collective, a course run by Elephant’s Footprint, who were featured as Guests in last year’s INKSPILL Writing Retreat. We are working with stop motion animation this month and I have become obsessed!

Poetry Film has always interested me and my first dabble came in 2015. Since then I have created several poetry films including a sequence from my 2016 pamphlet ‘Fragile Houses’ (V. Press). I have created about 12 animated films since our last session and have been researching and watching lots online.
I was excited to watch Erin Mouré’s “Homage to the Mineral of Cabbage”.  I thoroughly enjoyed both the poem and the animation. There was I thinking I had a finished one for our next session. I can only aspire.
I then read ‘The Two Trees’ by Larry Levis.

Then I set aside some prompt thinking time for: a story or action that unfolds over an appreciable length of time. 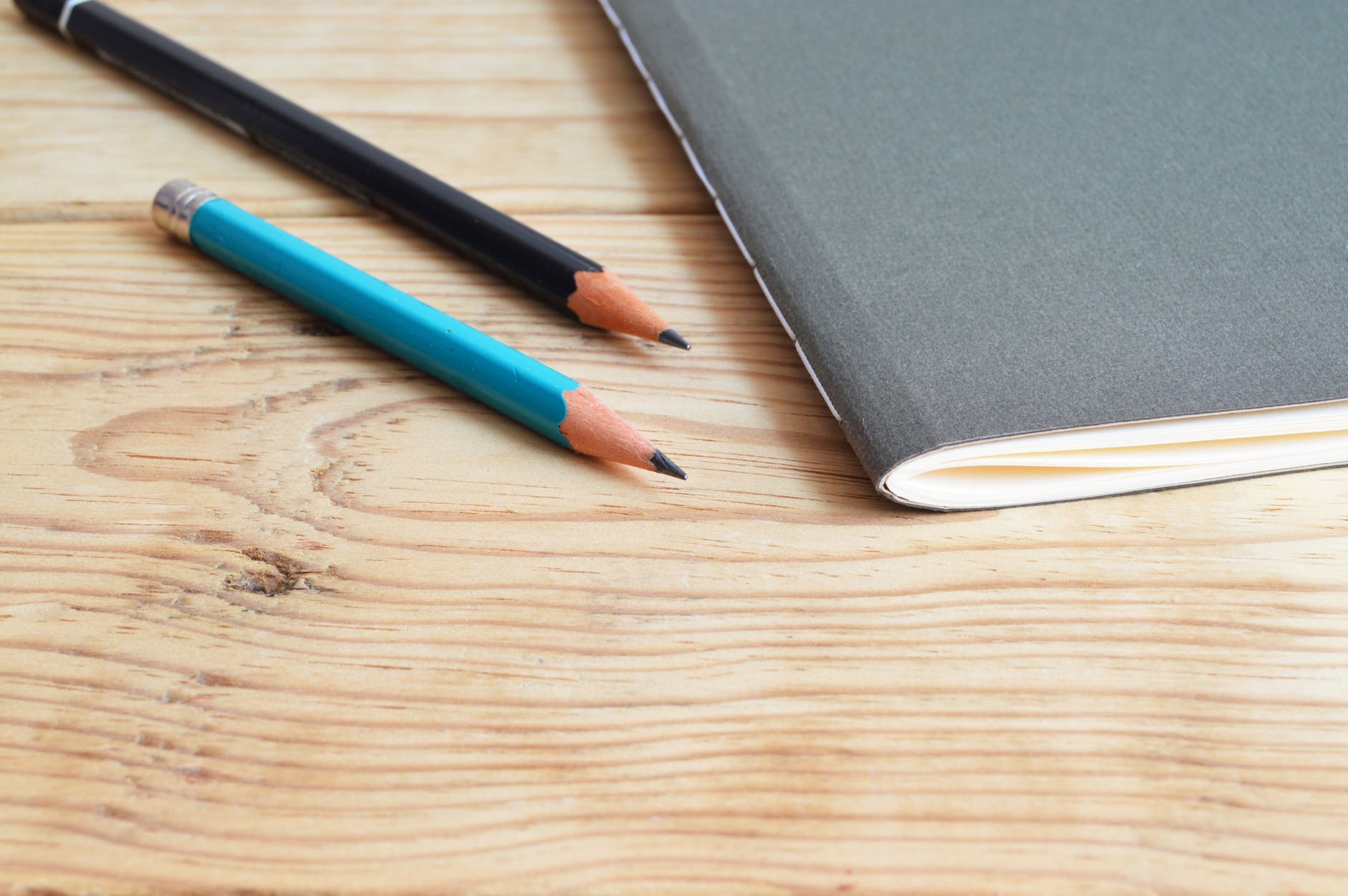 Photo by Skitterphoto on Pexels.com

After a long search for ideas (mentally today, no search engine was used in the process of cracking this poem), I sat down to write.
I settled on writing about the 6 months of illness I have just experienced. The start of it. Time passing to 10 days over the course of the poem. But I was only part way through when I realised the metaphor I’d chosen wasn’t fit for purpose, but carried on. I wanted to see where it would take me and how I could write myself out of this. Besides today was a day set aside to work on the manuscript so I had limited time for my NaPo write.
I wrote a poem called Ridge, it has… yes, you guessed it… 7 stanzas. Here’s a snippet.
The air became tight –-
the knoll scarred by new contours,
recovered alone.