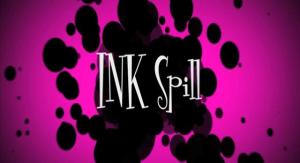 It can be hard to get back into writing mode after lunch, so we thought we would treat you to a video. The full interview can be found on the previous post (link to follow)

Bestselling author Amy Tan recalls her childhood efforts at writing, and discusses how certain events in life have influenced her as an author.

Amy Tan speaks as a part of “Roger Rosenblatt and Friends: On Writing” during the 2008 Chautauqua Institution morning lecture series.

Amy Tan is the author of The Joy Luck Club, The Kitchen God’s Wife, The Hundred Secret Senses, The Bonesetter’s Daughter, The Opposite of Fate, and Saving Fish from Drowning. She has also written two children’s books, The Moon Lady and The Chinese Siamese Cat. The latter became a children’s television series for PBS called “Sagwa.” Amy is a member of the literary garage band, The Rock Bottom Remainders, for which she sings the Nancy Sinatra classic, “These Boots Are Made for Walking” to raise money for after-school literacy programs for inner city kids. Tan’s rendition of the pop culture classic can be heard on the CD Stranger than Fiction, which benefits the PEN Writers Fund. 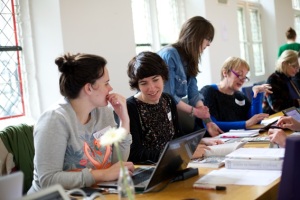 Congratulations on your morning, we hope you have enjoyed yourselves and managed some writing.

After lunch we start back with an interview with Amy Tan.

The full interview is available here;

Writing for your Reasons

It lasts over an hour, so you may decide to watch it with your lunch.

We start the afternoon programme at 13:45 – we hope to see you later.

Found this on Writing and Rambling Blog this morning, was inspired – especially as I spent a great deal of last night searching for my creativity! E N J O Y