Having just spent the morning editing (nearly 3 hours, with poems already created) – it still amazes me the amount of time working on poetry and submissions takes, I have some time now before rehearsals (for NPD) to catch up with the blog.

I NEED TO CATCH UP! Step into my time machine and let’s go all the way back to… 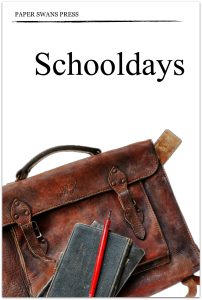 My weekend in London was phenomenal. I was excited about reading at the Poetry Café – an achievement beyond my radar but one that I grew attached to.

I have family in London and the surrounding area and after my last ill-fated trip down on the Mega(Death)bus, I thought it was a good idea to create an entire adventure around the Paper Swan Press Book Launch, so I did!

I journeyed down on Friday in the car to Buckinghamshire and stayed with my Aunty, managed to catch up with cousins and their little ones and had a lovely, indulgent time. Saturday my Aunty (who came to enjoy the book launch readings) and I took the 30 minute train journey into London.

I met an old college friend, Helen – from my dance days, I had not seen her for 20 years, she was taking her eldest down as he was performing in the West End and was journeying with the entire family as it was summer they were spending down South for the run of the show!

Lovely coincidence and so amazing to hear the words; ‘I’m a poet now, I am going down for a Book Launch reading at the Poetry Café’… coming out of my mouth.

I gave myself permission for such things back in 2013 when my journey back into writing began and have only recently realised that a lot of people struggle with allowing themselves such a job title/ definition.

It was awesome again later, after the event when I was asked if I was a tourist and replied; ‘No I used to live down here. I am a Poet, I have been to a Book Launch.’ If only I had some extra copies of the anthology I could have sold at least two! 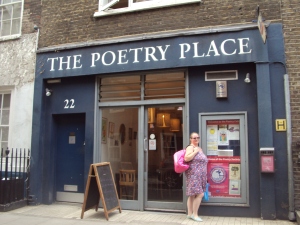 Finding the Poetry Café was a little harder than expected as we spent some time in Covent Garden mooching first, then decided it was best to find out where we were going. I did zone in with intuition – or a poet’s heart or something and didn’t make a wrong turn – well that’s a bit fictional, I had asked an extremely tall market trader for directions. It was as if he was performing a soliloquy. A very poetic one – though I suppose looking down on mere mortals of less than 6ft tall would have hurt his neck. Like most other people in the city (huge generalisation) I presumed he was a ‘resting’ actor.

The book launch was a fabulous event. I loved the Poetry Café and everything about it. The coffee was good too and I was surprised by the reasonable charge for everything on the menu – it is the headquarters of the Poetry Society and there were workshops and other things going on at the same time as the anthology launch. Some poets I know were in the building, but sadly didn’t get around to the basement where we were reading amongst the heat of summer and fairy lights. 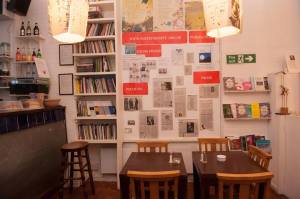 It was great meeting the editors Sarah Miles and A.B Cooper and seeing the book ‘Schooldays Anthology’ in all its glory for the first time. I met Carole Bromley who I know through 52 online but had never met in person and saw Roy Marshall again, it was lovely to reconnect. 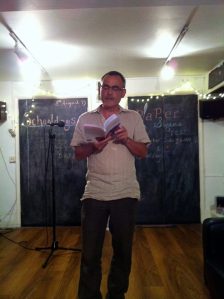 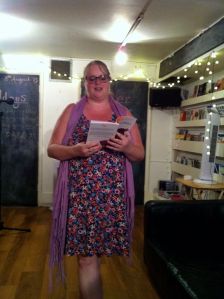 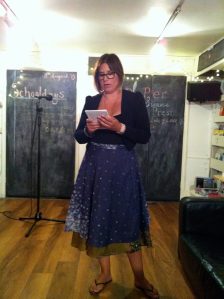 The launch was lovely and it was great to hear poets sharing their own poems from the book. I enjoyed meeting new people and having a good, old natter. 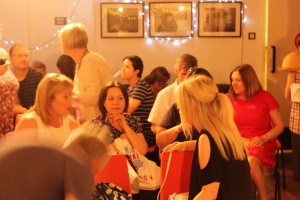 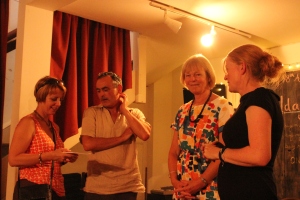 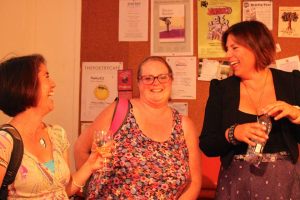 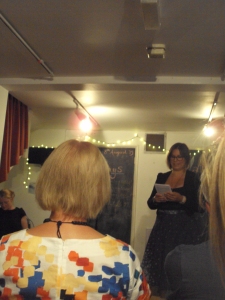 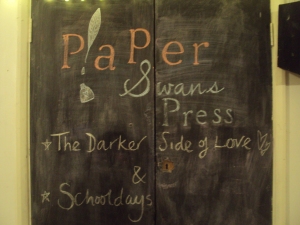 Later, I met with my Uncle and Aunty for food in Holborn before journeying back on the buses to stay over for the night. After chat and wine and all the usual visiting relatives things happened, it was bedtime and I thoroughly enjoyed my night on the bed settee with the noises of the city that never sleeps sounding out at the edge of my dreams. It may sound strange but every since I moved back up to the Midlands I have been based in small towns and villages and although I gain a certain enjoyment from this environment and appreciate the safety of travelling alone through these places, I miss the bright lights, hum, energy, noise and 24/7ness of major cities. Which let’s face it are like mini villages unless you’re in the centre.

I had a great sleep and woke up incredibly excited, I could never manage the pace of the city full time, but as a visitor it wraps you in warm arms and extends a friendly welcome. 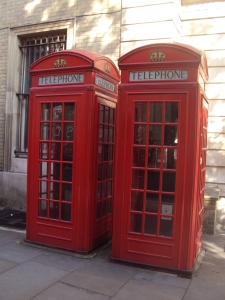 I explored the British Library and returned to the old haunts of Trafalgar Square, the national portrait gallery etc. 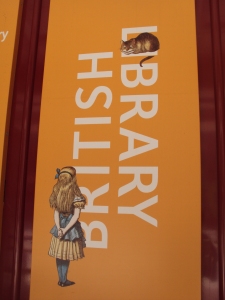 There was a massive food festival on at the time and it was more crowded than usual. I had a list of other places to go off to but in the end decided I was hot and tired, my bags were fairly heavy and although I had a magic weekend ticket (or not so as I needed assistance at every barrier), I needed the green of the shires again and headed back to Buckinghamshire, where a lovely relaxing lazy evening awaited.

I then spent another two days with my Aunty visiting relatives and shopping.

It was lovely to spend so much time together, she has always been so supportive of my writing.

The one thing I didn’t do whilst I was away was prepare for my Headline set at HOWL.

I headed back to the Midlands and spent an entire day rehearsing. It turned out to be one of my strongest and well received Headline slots to date. That’s for another blog post though.

This month Schooldays has received a fine reviews on Sabotage Reviews and Write Out Loud, I am delighted to have my poem mentioned in both!