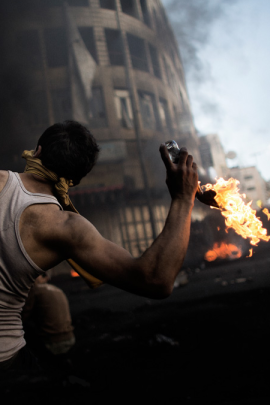 He had never been political

Had never fought the system back.

He lived a life beneath the radar

they killed his brother.

who never made it home from school

Driven by angst and rage he lit the rag

The first of many.

There was no number

that would ever bring

his baby brother back.

This week’s entry for

Sunday evening and time to take a break from the paperwork to join in with this week’s Picture it & Write. 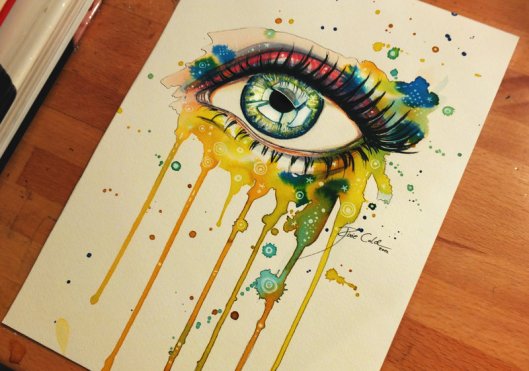 My expectations of you

From that very first moment

the way you looked was perfect for me.

Within two weeks I had changed my life.

It forced you and I apart.

Half a decade or more passes.

This time the journey is made by two

With different floors and lots to do.

It is time to say goodbye to my ready made

You will always be my first.

And I will always remember you.

My final weekend challenge write – pop over and find out what it’s all about by clicking on the button below. 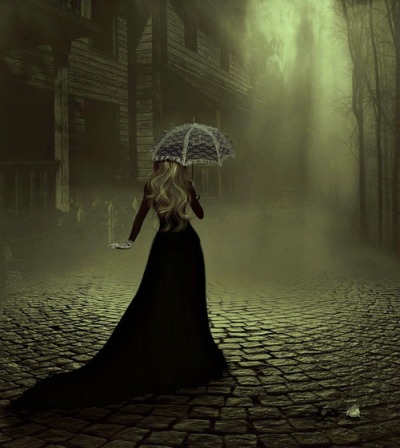 As she walked towards the fog she knew that her world was about to change,

Her character hoped every night that this would be the beginning,

The actress knew it was the end,

as she stepped carefully across the circular stone set

towards the dry ice

The sound technician hit his cue

The actress fell to the ground.

Every night the same.

She didn’t mind though,

The costume reminded her of the ghost lady

she used to see as a child.

Half hidden under her parasol.

Walking on silent feet towards the light.

Always towards the light. 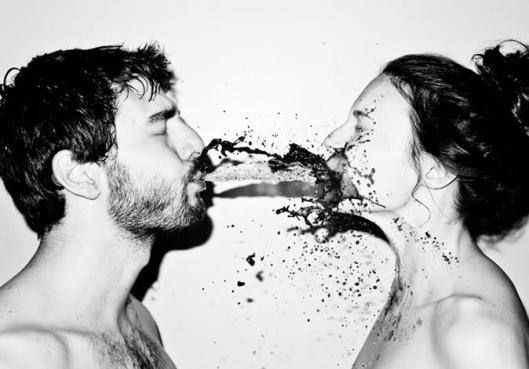 “It’s amazing.” Stella whispered. The Gallery was quiet and she was saying it more to herself than anybody else. This year’s theme was ‘Life’ and the space was full of artistic interpretations. Somehow the black & white canvas caught Stella’s imagination. She sat down to be absorbed by it for longer. Eventually she took her notebook out of her cream handbag & started to scribble, emptying her head of every thought.

can no longer find

the water escapes and falls onto skin.

Dripping softly down to their feet,

Beyond the frame of this Artwork.

Stella replaced the lid on her pen and tucked her notebook back into her bag. Slowly she got up and moved onto the next piece of art. 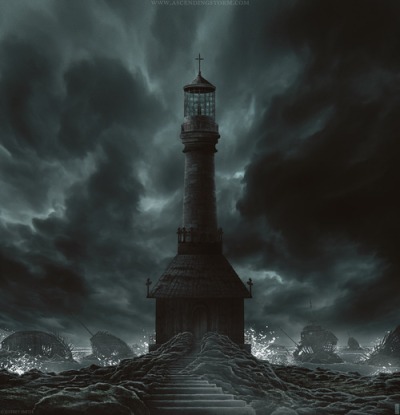 The wind howls a song of lamentation,

stirring the sea into a rage of

Phantoms of the dead keepers

they haul their heavy souls

hears a sound more terrifying than

Sunday rolls around all too quickly, can’t believe how fast the weekends pass! This is my entry for this week’s Picture It & Write challenge – click the contributors button to find out what it’s all about and read other amazing stories and poems. 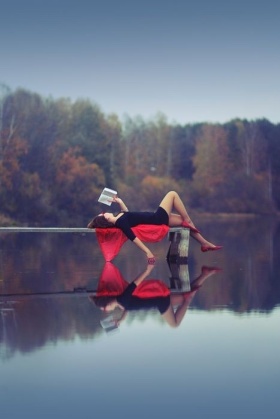 Veronica had dreamed of this moment her whole life. She had drawn her day in crayons, later in names on the back of pencil cases, in the bark of the mighty oak down by the school’s pond, in the sand with her toes, in the air with Sparklers on Bonfire Night. Throughout her whole life, the story was traced and wished for.

Veronica had watched her friends living her dream, her younger sister and countless work colleagues, until she became the only ‘Miss’. It troubled her, she was worried she was destined for Spinsterhood. It ran in her family.

When Andy had suggested a trip to the lake she hadn’t even considered his motives. She wondered what the extra bag was for. He had asked her last night as they sat watching the sunset, wrapped in blankets. In her dreams she said ‘Yes!’ straight away but in reality she couldn’t manage a word.

Andy had gone into town to pick up supplies. He had kissed her so tenderly when she woke up. Veronica had been full of blissful excitement, rolling over and staring at the diamond sparkling on her finger.

“I knew you’d bring your outdoor stuff here so I took the liberty of packing your stunning clothes, in case you want to sparkle like your diamond. Of course, feel free to stay as you are!” he added cheekily, kissing her bare shoulders softly.

Veronica chose her favourite little black dress and red shoes, applied her make up carefully and took her book down to the waters edge to read and wait for Andy to come home.

It was a beautiful day, she slipped into the lives of the women in the novel, her mind being invaded all the time with the proposal. Veronica lost all concept of time. Back in the cabin the radio talked to itself. Veronica remained oblivious to the newsflash, she had no idea of the gas explosion, staring at the sunlight dancing off her diamond and feeling happier than she had ever been in all her life.

Last night as I sifted through my writing schedule, adding opportunities I discovered I am 1-2 days off a couple of deadlines, my mind having been elsewhere!

Yesterday I managed to submit my picture it and write scene and it sparked a whole story in my head. 1 Deadline fast approaching had no matching submission work until last night. Now it has character, plot, conflict and a twisty ending 🙂 just needs 2600 words and some editing time. I am going to be busy tonight when I get in from work! 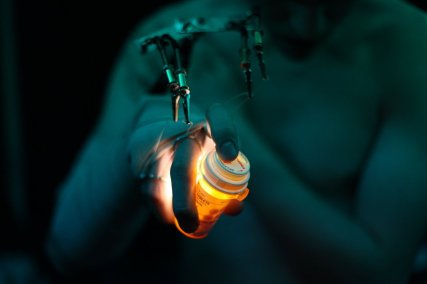 You Need More Than This by *tntrekabulator

“Here, try this.” struggled Anaka, twisting her free hand into the small of her back and pulling out a shiny Grappler. She threw it as best she could over to Moey, her right side was beginning to feel the tide of stiffness creeping over it too. The grappler skimmed across the floor and landed close enough to Moey’s feet for him to reach down and grab it without upsetting the canister of pills.

It wasn’t the easiest manoeuvre and Moey was struggling. Concentrating hard on not dropping the pills, he held the canister downward between his twisted fingers. The Grappler shone like a metallic sneer in his left hand, he tossed it gently into the air to twist it the right way round. It landed in the palm of his hand and like a master chef presenting a dish from the oven, he turned it upside down in one swift movement and let out an incredible cry of pain.

Ananka panicked she didn’t want anyone to know they were here, Moey was making too much noise.

‘Wimp, you should try childbirth!’ she concentrated her mind on this thought, hoping the joke might take his mind off the pain and back to the situation in hand. It worked this time, Moey turned towards her,

“Shut up and open your mouth as wide as you can.”

Anaka’s face was already beginning to set, her cheeks felt stiff, the pain of opening her lips was almost unbearable, worst than childbirth, she thought. Not daring to make any more noise she tried to focus her mind.

Seeing the struggle behind her still human eyes, Moey leant in as closer.

“Come on! You can do this!” he whispered, “Do it for Lex and the others.” he had to resist all urges to reach out and grab her hand. “Come on!”

Slowly they both heard her face crack and crease as a small hole appeared between her lips. Moey moved his arm and tilted the pill canister until a stream of golden tablets were showering out, slipping quickly into Ananka’s mouth. Some of them were at least.

The canister was empty.

Moey held his breath and waited.

To join in this challenge or read what it is all about head over to the site, click the button.

I REPOSTED THIS AS IT WAS AN IMAGE POST AND I COULDN’T TAG IT.

Sunday rolls around and it is time for me to create another story by prompt. This is great fun, to find out more click the contributor button.

I was searching for copyright free images for my blog last night and I came across the one I use at the end of my story, it is only a baby shower cake, so if you are following please don’t think of me as a monster and leave on account of this post. I thought it was weird and not something I would add to my media library, after seeing this week’s prompt I went back to find the photo – as the coincidence seemed to be too strong to ignore and I instantly recalled the image when I saw this week’s picture!

Charlotte always wanted to be a mum, from the age of 11 she felt her maternal instincts click in, she didn’t understand other women in their thirties that still showed no sign of desiring a child. The others (practically all of her friends) were married off and producing families of their own. Charlotte couldn’t help but feel duped. She had an early start at being a girlfriend, years before her peers. Close to double figures before she even started High School. Then what happened? She blames herself for all her bad choices.

The blame eats her up on a daily basis and turns even the most positive situations into another gauntlet of horror for her to struggle her way through!

Last year Charlotte met Sean at a Summer Garden Party, she wasn’t sure he was the one to begin with, but they both worked hard to make the relationship stronger, neither of them was getting younger and although Sean could do a ‘Charlie Chaplin’, Charlotte was seriously racing against the clock, approaching her 40th year.

Sean had recently started talking about making babies, it had taken Charlotte by surprise as he vehemently refused to even conceive a marriage proposal, still you weren’t deemed a harlot for getting pregnant out-of-wedlock nowadays. She had started ordering vitamin and iron tablets and took them daily, laughing at the irony of spending decades popping the pill and praying desperately on occasion that she wasn’t pregnant.

They had started trying a few months ago, they were becoming increasingly worried that they would need help. This week Charlotte had seen babies everywhere. In the library whilst she was desperate to study quietly, on the bus to work everyday, they never used to be many mothers on the commuting bus, not with their children at least. On billboards, adverts on the TV, in her magazines.

On her lunch break she was searching through a stock free photo site and she came across an image that turned her stomach, she literally felt her stomach shift inside her, it gave a whole new meaning to having a bun in an oven. Hideous she thought, who would order that for a Baby Shower? 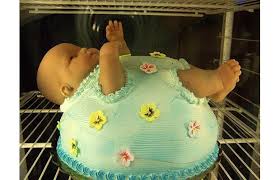 Charlotte entered the board room and settled down for the afternoon marketing meeting, she couldn’t wait to write a new slogan, work on a new project, take her mind off what her and Sean were trying to achieve. Charles revealed the first image, Charlotte couldn’t believe her eyes, babies and cereal?

Charlotte felt another bubbling lurch in her stomach, she made a run for the restroom. It seemed the universe was sending her more than just messages!

Sunday rolls around again and it is with excitement (to write something non-Nano) that I pick up the prompt from ermiliablog. Enjoy!

as I submerge my skin

My eyes stare at  clouds

dancing on the edge of

My mind has already travelled home. 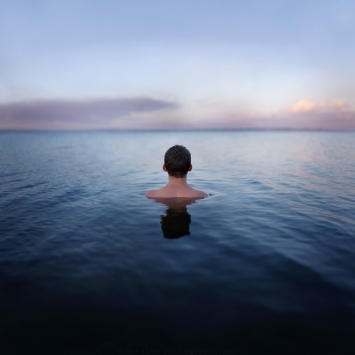 In stillness, my body welcomes

the water lapping to and from my being.

I know one day these same waters

Will bring me home to you.

You who may not be waiting