You are more than halfway there!

Today’s featured participant is Katie Staten, who turned our dramatic prompt for Day Fifteen into an afterlife dialogue between Georgia O’Keefe and Sigmund Freud!

Our video resource for the day is this lovely animation of Lucy English’s poem, “Things I Found in the Hedge.” One wonderful thing I’ve learned in researching our videos for the month is that poetry seems very often to inspire filmmakers, painters, and musicians, just as movies, art, and music inspire poets. Art likes to make more of itself!

Today’s prompt takes its inspirations from Christopher Smart’s “Jubilate Agno.” Fundamentally, this is a poem about a cat. It’s also a structurally very straightforward poem – every line begins the same way, and is about some aspect of the cat at issue. But from these seemingly simple ingredients, Smart constructs a poem that is luminously, joyously weird. Just as English’s poem listing things found in a hedge renders the familiar strange by making us focus on each, individual item in the hedge, Smart makes a humble housecat seem like the most wondrous thing in the world. Today, I challenge you to write a poem that uses the form of a list to defamiliarize the mundane.

I always get a little excited when I see a poet known to me featured in NaPoWriMo. I also like it when I read a prompt and instantly feel it is manageable, which considering I have just caught up with Day 15 and have written about the tragedy that befell Paris last night, I feel I need something lighter to get stuck into. Defamiliarizing the mundane – perfect.

I started with the participant’s site, what a wonderful idea Katie Staten had –an afterlife dialogue between Georgia O’Keefe and Sigmund Freud, a poem I can imagine before I read it!

I just love the title…

It is a fine example of a Dramatic monologue and there are many lines that jump out at me.

No, I didn’t come here to talk about painting,
though I’d paint if I could.
I’d capture how the faraway horizon steals your words.

Beautiful. Thought provoking and the 2nd poem to make it to my resource document. I re-read it several times. Feeding off Staten’s words.

I then spent some time exploring the blog and reading other NaPo poems, I particularly like Bitextual – from Day 14. Very clever. I could have stayed longer, but needed to work through NaPo as I have more medical appointments later and am time poor. Katie’s blog is now on my Reader, so I can go back and indulge.

Watching this was a glorious experience and it is no surprise it won First Prize in Atticus Review’s Inaugural Videopoem Contest, 2018.

I am a fan of Lucy English’s work and this poem is a wonder. I felt like I didn’t want to come back out – like you do after a deep meditation. I spent some time just being.

I am surrounded by a world where art inspires poetry and poetry inspires art. Happy to be part of the movement.

I pulled myself back into the prompt and had a look at Christopher Smart’s poem from Jubilate Agno.

It is a long poem. You can listen to it here.

Jubilate Agno (Latin: “Rejoice in the Lamb”) is a religious poem by Christopher Smart, and was written between 1759 and 1763, during Smart’s confinement for insanity in St. Luke’s Hospital, Bethnal Green, London. The poem was first published in 1939, under the title Rejoice in the Lamb: A Song from Bedlam, edited by W. F. Stead from Smart’s manuscript, which Stead had discovered in a private library. – Wikipedia.

I am now going to take the prompt write a poem that uses the form of a list to defamiliarize the mundane and have a think, let it settle. I may end up writing about physio! 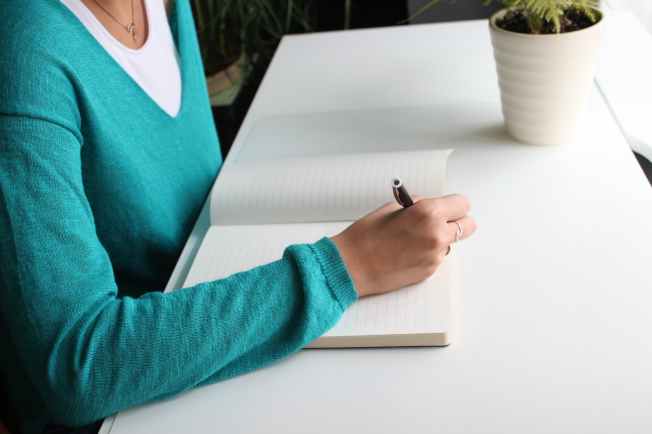 Photo by Pixabay on Pexels.com

I knew that I was going to use my Physiotherapy session as a basis, I originally thought I would list it and I may return to this after NaPo and do just that. It became a bit more than a list poem but within it actions were listed in chronological order.

I have already had 4 months of Physio and have now re-started since a re-referral, it takes a few weeks to work back through the system and everything has to be reassessed. It is certainly mundane after all these sessions. The poem is called Endfeel – which is what my physio is assessing constantly. Here’s a snippet.

She taps the laptop keys rapidly,

gives me her listening eye occasionally.