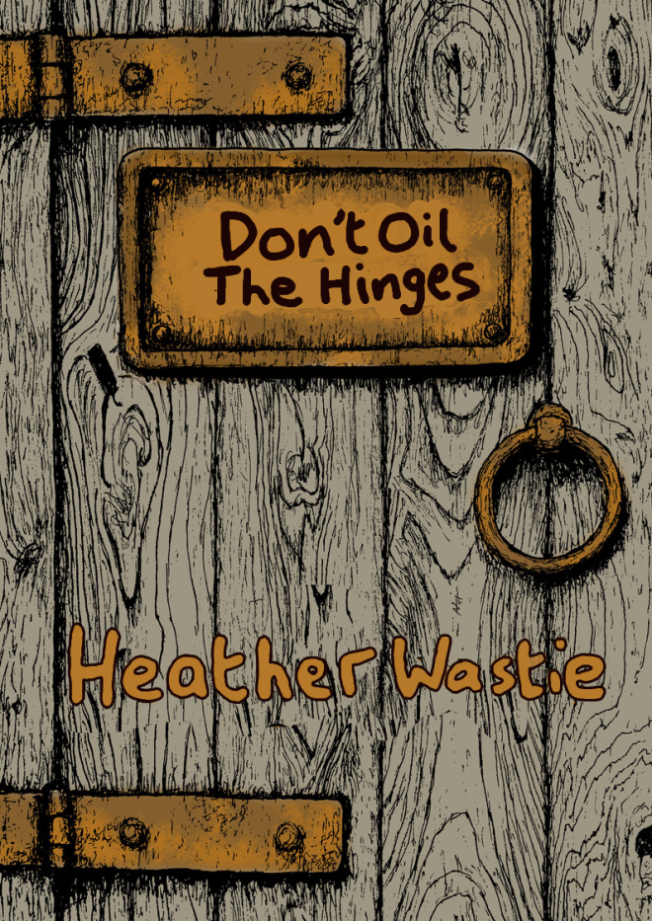 Behind every Worcestershire Poet Laureate is a book and 2018 sees the launch of a new one. Heather Wastie was Worcestershire Poet Laureate 2015-16 and since passing her crown onto Suz Winspear (who in turned passed the crown to me), Heather has been busy touring Idle Women, writing a book of poems for The Ring Project and creating Nationwide adverts… so it is no surprise that this new collection (her 7th book) took a while in the making.

The beautiful cover is designed by Jess Silk.

I was delighted to attend her launch last Saturday 15th September at Park’s Cafe, Droitwich. Apt that we celebrated the launch in the very cafe that features the door which led to the poem/title of the collection. ‘Park’s Cafe Poetry Reading’. 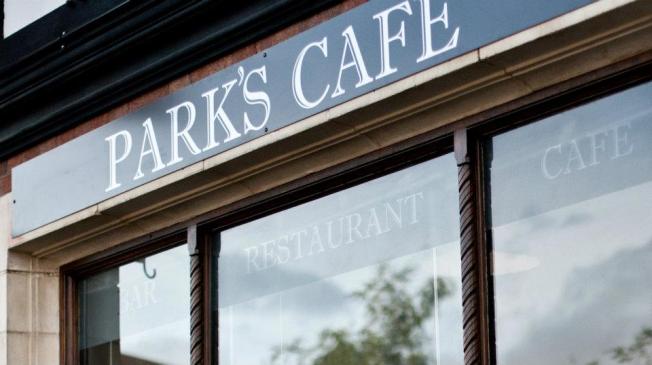 It was a delightfully fun evening which brought back lots of memories and people. Heather loves to collaborate and I found it particularly touching to see the amount of people in the room who were part of some of the projects touched on in this collection. There were also plenty of ‘Mouth & Music’ friends I hadn’t seen for a while and it lovely catching up and conspiring to do some one off event in 2019.

Knowing Heather and her poetry, I knew we were in for a treat… and I wasn’t wrong! The evening was filled with poetry and music, all of Heather’s Guests had appeared in the book in some way. 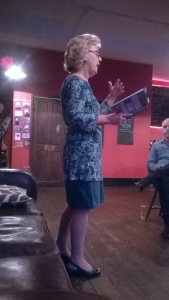 Sharing with us details of where the poems came from, these context introductions are included in her book. She prefaced every poem with ‘I wouldn’t have written this poem if it were not for…’ and when that came round to Chaucer it had us all chortling! 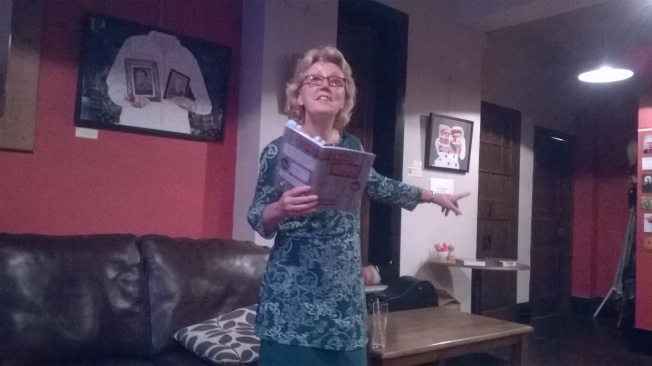 Heather’s first guest was Sarah Tamar who she used to host Mouth & Music with. We were all delighted to see Sarah again & to hear her poems. 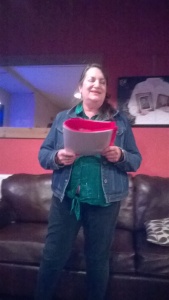 Then Heather’s Idle Women partner in crime Kate Saffin was next, delivering poetry used in the show (from the Idle Women book), delivered with aplomb. Kate blames Heather for getting her writing poetry. She is a talented Theatre maker and performer. 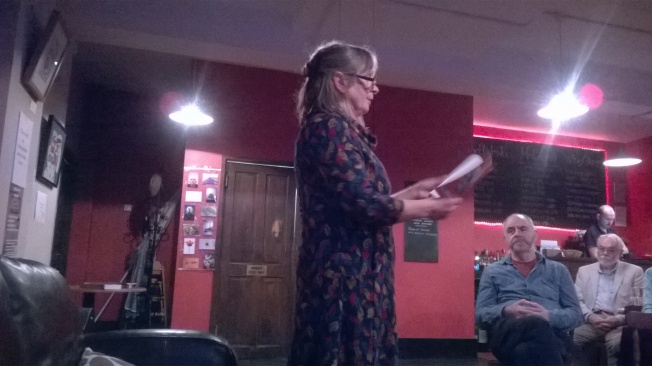 Another feature of a Black Pear Press Launch is the author Q&A, hosted by Tony Judge. His wicked sense of humour left us all aghast as he asked Heather who her favourite collaborator was, we knew he was joking… it was a magical moment when Heather answered. We also heard about her writing process, other work she has been involved in and future plans. 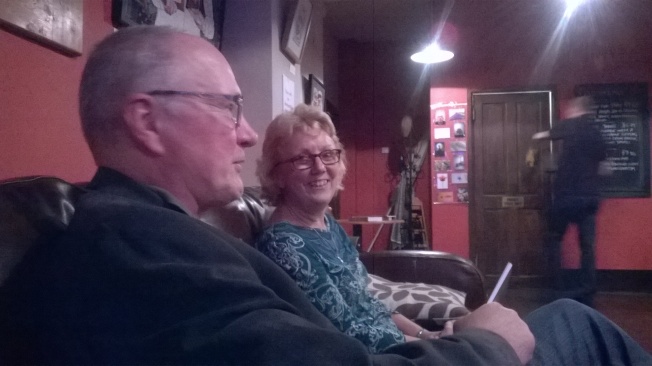 Following an interval we had music from Dave Sutherland, he had set Heather’s poem ‘Carrying the Evening Home’ to music – it was a great sing along and we got to hear one of his own songs too. 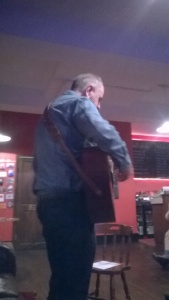 Then Sunny Ormonde, an actor from The Archers performed Heather’s poem ‘Dad Was A Fan of The Archers’, which she performs in her one-woman show.

“Needing a poem about local life for my show at Bewdley Festival I discovered Heather’s wonderfully funny poems on line. Immediately smitten, I contacted her and was over the moon when she kindly offered to write a special poem for the show and Dad was a fan of The Archers was born. Nothing could have been more perfect—it was a huge hit and continues to be so.” – Sunny Ormonde 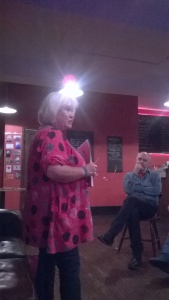 Then Emma Purshouse closed the evening with a brilliant set including a poem she had written about the Canal for Heather & Kate to use in Idle Women. Her performance of it moved the room, we were all in that water. This poem will be included in Emma’s next book. 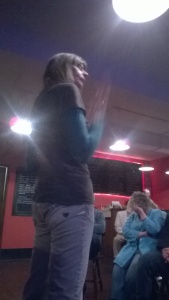 A well oiled (unlike Paul’s door) and relaxing evening. A most enjoyable launch and I now have my own copy of Heather’s latest book of poems. 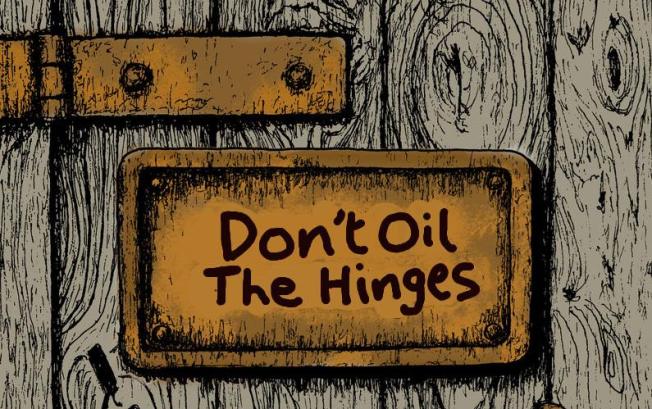 Find out more about this collection and treat yourself to a copy here https://blackpear.net/authors-and-books/heather-wastie/dont-oil-the-hinges/