On Saturday night I finally managed to catch the Idle Women Tour, this is a project Heather Wastie has worked on since 2016, I missed the 2017 performances and have been meaning to catch a show ever since!

The show gained financial support from Arts Council England, which enabled the employment of a Tour Manager, Zoe Hunn and Director, Milla Jackson.

The Spring Tour started last week with a performance at The Chestnut Inn,  Worcester on Tuesday 3rd April. 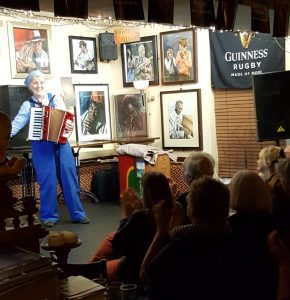 I knew the basic content of the show and have been aware of Heather’s work and some of the poetry. I purposefully didn’t look into the Double Bill and had no idea what to expect from Kate Saffin (other than half the show). 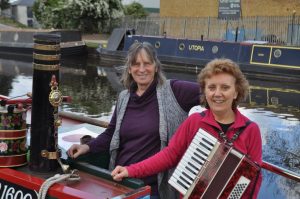 Kate Saffin took care of the first part of the evening with her theatrical piece about the Idle Women, great story and wonderful portrayal of multiple characters (as a former actress I know how challenging this can be). The story she told was moving and educational. Kate uses simple dramatic devices masterfully in her one woman show.

Kate is a Boater, writer, storyteller and actor, Kate Saffin has lived on a narrowboat and told stories of the waterways as solo plays since 1999. She trained as a writer for stage and broadcast media at the Royal Central School of Speech and Drama (MFA). © 2017 – Alarum Theatre

I regret not speaking to Kate after the show, (I was so excited to see Heather), Kate’s performance was moving. ‘Isobel’s War’ was full of character and story, told in a way with simple props and devices that transported us back in time. 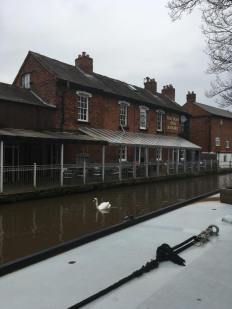 Heather Wastie gave us the second half of the show. ‘Idle Women’, a performance filled with facts and passion. It was great to watch her perform again. She gave us both songs and poetry and new material to the show.

Heather was Worcestershire Poet Laureate 2015/16 and is well known for her interpretations of oral history. In 2013 she was Writer in Residence at the Museum of Carpet, turning people’s memories into poems, monologues and songs which she now performs. This work was published in November 2015 by Black Pear Press under the title Weaving Yarns. In 2017 she was commissioned by Worcestershire Building Preservation Trust to compose a children’s song cycle, ‘Loom in the Loft’, to celebrate the restoration of the Weavers’ Cottages in Kidderminster.

In 2017 she was commissioned to write and perform poems for the popular Nationwide Building Society ad campaign, Voices Nationwide. She has also worked as poet and actor for National Trust property Croome Court in Worcestershire. © 2017 – Alarum Theatre

It was a very factual show both in terms of the waterways and the wartime volunteers. 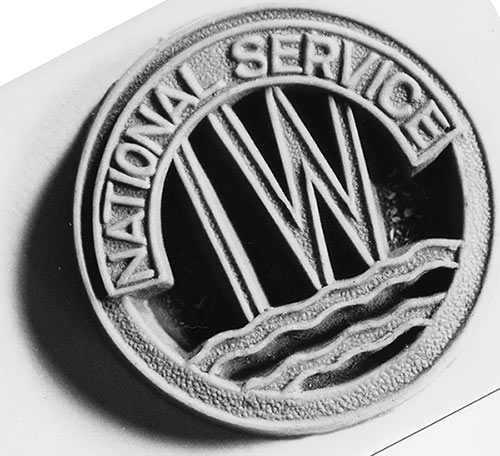 I loved discovering how the term ‘Idle Women’ came to be and to hear talk of the Tardebigge Canal (where we took our own poetry adventure on board a narrowboat back in the summer of 2016 – and there were many locks). I have my tiller girl badge to prove it.

This show is a must for Water Dwellers but is just as fun for Land Lovers. I think it appeals to both communities, anyone interested in history, waterways or just looking for a good night out! It is great to have many tour venues on the canal itself. This makes the interval exceptionally special – when you step out and see part of the world the show is all about.

It was quality storytelling and an entertaining, fun evening. 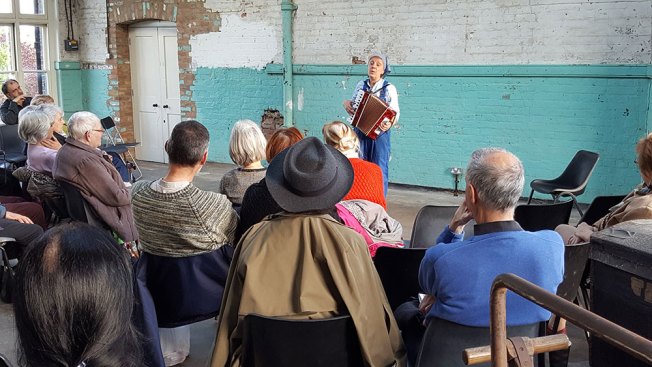 If you are local enough, I urge you to catch Idle Women. Here is the Tour Schedule https://alarumtheatre.co.uk/2018-tour/2018-tour-dates/ you will not be disappointed!

The Summer Tour will see them travel further North on the Leeds & Liverpool Waterways.