This year’s programme was fantastic and I wish I had managed more events than I did. I however, managed a full dose of Hegley – which makes up for missing the rest of the long list of performances and events I wanted to attend.

John Hegley is one of the few poets that I discovered in my Young Writer years – back when he was touring with his band, Popticians. In fact one of the few university birthdays I remember was watching them at the Phoenix Arts Centre and meeting him.

There was a Hegley shaped hole for a while – he seemed to have disappeared – possibly into fatherhood – for the past few years he has been back on the radar. Or on my radar at least. Some of you will remember my posts from his performances and workshops back in 2015. 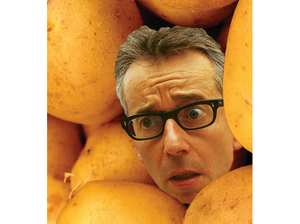 I was delighted to see New and Selected Potatoes as an error in reading dates on a flyer meant I missed him at the MAC. It was an enjoyable show, thoroughly entertaining as one would expect – but the magic treat was bestowed on Cheltenham that night in the Playhouse. We were privy to a new poem, something he is working on for the Roundhouse. I always feel privileged when my ears get an inside like this.

I finally bought John’s book and had a lovely chat about the show, because he is a very kind man who always spends time with each person queuing for a signature. Someone in the line behind me nearly bought a book that wasn’t one of his – I am sure he would have signed it anyway, he has a big heart like that. 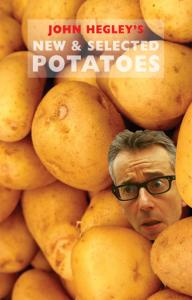 I made a night of it by going for an Italian meal with friends who had been to see the show too.

The following day, (I know I should have booked a B&B) I was back in Cheltenham to enjoy my second Hegley workshop. It was great fun, a good group and lots of people I did not know, which is always exciting for me. We had taken a poem and some art and most of our activities were based around these.

John had us all write about Potatoes too (of course) and crowd sourced a fantastic poem for Anna Saunders *Director of the festival – I will have to go and see if she has had time to use it anywhere.

It was a fabulous morning and finishing slightly before time I headed down to Waterstones with John and Anna, chatting and narrowly missing lampposts along the way! Once at Waterstones, I mingled with the poets from the Open Mic event which had finished and caught up with friends. Then John started his impromptu take over of the floor. (Photos to follow.)

We all joined in with a choral poem and had a great time before he was whisked away to that place festival poets go and I was left to retrace steps and try to find my car before the ticket ran out!

Next year, I have to plan work better to be released for this poetry festival. 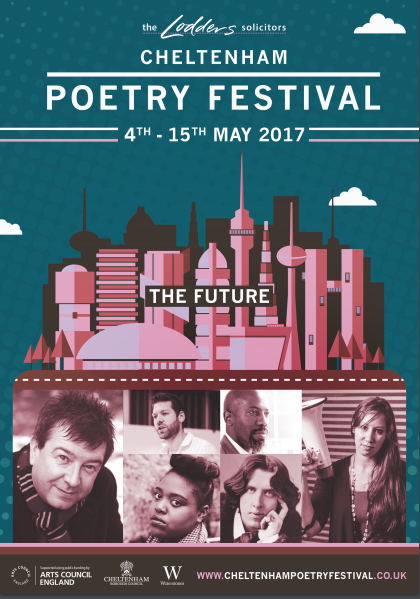