Welcome to Day 19, so close now. So many poems to type up. Writing longhand in my notebook has made this NaPo experience feel different and has kept me on track and enthusiastic, more so than previous years.

I have to say that Carrie Etter has had a huge part to play in motivating me to complete the challenge – both in terms of the group she created on social media and her list of prompts, which I have still not allowed myself to read in the entirety, despite copying to a document 19 days ago. Thank you, Carrie!

Having instant access to other poets completing NaPo has created the same buzz I experienced from Camp/ Community boards in NaNoWriMo. Sharing days it works and days it doesn’t, keeps you going and this year with following a double set of prompts I will have produced over 60 poems.

It is little wonder I feel a bit tired. Not all of them are fully formed and some are a bit rubbish, they didn’t work out.

An exercise like NaPo gives you chaff and grain. The excitement of the following months is revisiting and finding the lines/ideas/images you can harvest or re-use. It is all good poetry compost, keep turning!

I also want to say thanks to Jo Bell, for giving us all a daily poem to read. I have discovered some poets that I will read more of and revisited favourite poems/poets along the way. I have been privy to (although, not really as the posts are on a very public blog), it feels like I have been privy to some exciting thoughts and opinions as well as having my eyes opened a bit on occasion. Seeing a poem through a different point of view. But mainly I have found time to read during NaPo, which in itself has enticed me back to my own poetry shelves (which I think was Jo’s intention).

Whilst we’re at it – thanks to Maureen Thorson for the conception of NaPoWriMo. Read all about it here

Maureen Thorson, a poet living in Washington, DC. Inspired by NaNoWriMo, or National Novel Writing Month), she started writing a poem a day for the month of April back in 2003, posting the poems on her blog. When other people started writing poems for April, and posting them on their own blogs, Maureen linked to them. After a few years, so many people were doing NaPoWriMo that Maureen decided to launch an independent website for the project. 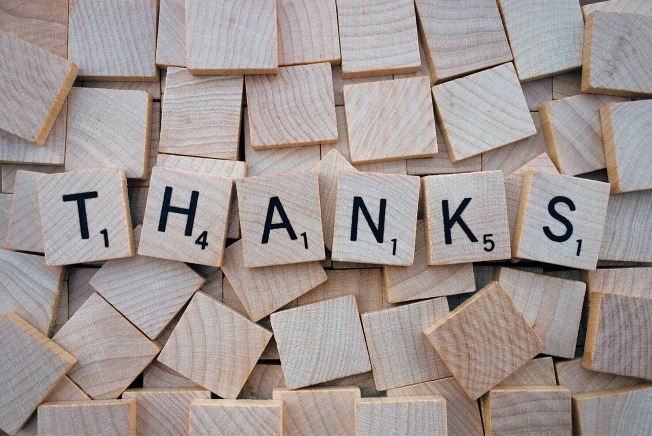 Our featured participant for the day is dogtrax, where the neologism poem for Day 18 created many new compound words!

Today’s interview is with Tommy Pico, whose first book, a long poem that unfurls like an extended meditation-slash-text message, was published to critical acclaim last year. You can check out some of Pico’s work here.

And now for our daily prompt (optional, as always!). Today, I’d like to challenge you to write a poem that recounts a creation myth. It doesn’t have to be an existing creation myth, or even recount how all of creation came to be. It could be, for example, your own take on the creation of ball-point pens, or the discovery of knitting. Your myth can be as big or small as you would like, as serious or silly as you make it.

I love a creation myth and cannot wait to get stuck into this.

Carrie Etter’s prompt involves remembering someone who has passed away, remembering one of their interests or hobbies, talk to them about it in a poem and end with a question.

Carrie’s prompt made me write about a relative I lost two decades ago, someone I rarely write about. It started with a 30 minute freewrite – I wasn’t timing myself, I just found I couldn’t stop.

Something was uncorked. I then went about my day and this afternoon without reading the notes back I wrote a poem. it is rather long (2 A4 Pages), but it is a start. I think I will find it is about 3 or 4 poems in one. So next time I pick it back up I may try to sift it into two poetry piles and rebuild from there. Definitely one to leave alone for a while. I feel quite strange.

Did you ever tell him you loved him?

Jo Bell left us an Untitled poem by Muriel Rukeyser to read.

With an interesting read afterwards of Jo’s thoughts about this poem. For me it is stunning when work written over fifty years ago is so relevant and shows the human cycles we move in. I am currently reading a book of poetry that was published over 20 years ago and it is fascinating when our world with all its complexities is still struggling to master the same basics.

Rukeyser’s poem has more political mirroring than my simple meandering thoughts here – but I’d like to direct you over to Jo’s blog to see it for real. http://www.jobell.org.uk/

James Trevelyan suggests we write the worst poem possible today, like the idea of an Anti-Slam. Day 19 – often by now poems have gone one of two ways: dedicated to daily writing they are growing stronger or (like mine) are dribbling out like weak tea! So having permission to write a bad one on purpose might tick your criteria today!

With a hat-tip to Charles Bernstein’s ‘Experiments’, today’s task is to write the worst poem you can imagine: awful scansion, hopeless imagery, tone-deaf statements, bluster, pretension, wrenched rhymes, sentimentality – that’s what we’re after.

For inspiration, have a look at The Anti-Slam: https://www.facebook.com/theantislam/

And, of course, ‘The Tay Bridge Disaster’: http://www.mcgonagall-online.org.uk/gems/the-tay-bridge-disaster

Have fun writing! I am off to create my creation poem now… although it will possibly cover The Poetry School’s prompt as well!