With a busy day ahead, I got my NaPo writing in early today. The prompts I follow from NaPoWriMo and Carrie Etter both feature people and I have enjoyed writing about Mr G and my newest nephew.

I cannot believe today we are all one third of the way through this year’s NaPoWriMo. Congratulations, that is a huge achievement.

Our featured participant today is Whimsygizmo’s Blog, where the nine-line poem for Day Nine tells us how to capture the moon!

Today’s interview is with former U.S. Poet Laureate Natasha Trethewey. She has written four books of poetry, including Native Guard, which won the Pulitzer Prize in 2007, and a book of creative non-fiction, Beyond Katrina. Trethewey’s work draws from both her own family history and the history of the Gulf Coast where she was born. You can find a selection of her poems here.

And now for our prompt (optional, as always). Today, I’d like to challenge you to write a poem that is a portrait of someone important to you. It doesn’t need to focus so much on what a person looks (or looked) like, as what they are or were. If you need inspiration, here’s one of my favorite portrait poems.

For this prompt I chose a holiday snap of Mr G and just started freewriting, I was trying to focus on the telling of the person rather than describing the photograph. I managed a short poem but found most ideas were coming just as one or two lines.

So, in the end I wrote a Haiku. I am unlikely to submit this little love poem anywhere, for the first time this year you can have the full poem.

Your eyes are speaking,

one raised eyebrow sends me love,

Carrie Etter’s prompt encourages a 2nd person poem where the ‘you’ addressed is a specific person.

I wrote about my nephew and his new tricks. It was an easy write that flowed and will need to be edited but it has legs.

‘Your new trick is aeroplane arms…

send me another smile.’

Jo Bell posted A Blade of Grass by Brian Patten. http://www.jobell.org.uk/ a discussion about the poem and lazy critics.

Ultimately, nothing we write about captures the importance of the thing itself. The signifier never quite attains to the power of the signified. Jo Bell © 2017 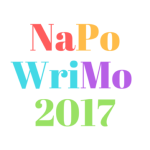 ask for a letter poem and leave some fine examples. I know Bobby Parker and had the pleasure of meeting/hearing Melissa Lee-Houghton last week at the Worcester University reading at The Hive.

Melissa Lee-Houghton is currently running a course on the epistolary poem for The Poetry School. As she has said, “sometimes all we need to be able to write the thing we most need to write is to know who it is we must write to”.

But it’s the young British poet Bobby Parker (whose latest book bears a cover endorsement from Melissa) who we’ve chosen as an example. See Heroin Lullaby (or Open Letter To My Wife Upon Our Separation).

http://thequietus.com/articles/14538-poetry-heroin-lullaby-poem-by-bobby-parker
Or, for something a little less intense, have a look at Elizabeth Bishop’s Letter to NY: http://writersalmanac.publicradio.org/index.php?date=2006/07/22