After Jonny Fluffypunk Saturday night, 16 poets and WLF committee members met at the gates of Cripplegate Park on the other side of the River Severn for a Solstice walk, it being Midsummer’s Eve and all.

We needn’t have worried about passing nightlife, we were not heckled by any drunks, we managed to intimidate a boy on a bike and a dog walker with our presence and other than that it was small groups of hotel dwellers, tourists even who were rather polite about everything.

I think I was more excited than worried – can you recall the feelings you had about your first sleep-over as a child? It was like that. Staying out late with a bunch of poets, talking and walking. The other good thing was we were able to chat – we all get along (remarkably well for people who compete for titles and awards against each other) but at events the interval is just long enough to do what you need to do with little spare time for mingling. After events people have to shoot off, so we don’t get to just chat unless we arrange to meet for cake or coffee, as some of us sometimes do. Or if you take a poetry roadtrip like some of us did earlier this year.

I used to go to college in the city (many moons ago) but had only walked the river in the opposite direction and never got beyond the Diglis Hotel. They have spent a lot of money making good the wasteland and derelict buildings, they even have a new bridge that feels vaguely familiar to one in London – other than ours is steadfast. The one side of the canal is well lit (the nightlife side with housing, restaurants etc.) it was the opposite side to where we started, which was more like walking a woodland path next to a river. I discovered the fishery and saw the back of the Cricket ground. I thought it was atmospheric that we had the audio soundtrack of a city on Saturday night behind some of our poems, tunes carrying on the breeze, familiar lyrics making themselves heard.

We basically stopped at particular points chosen by Polly Robinson, our leader and organiser of this event. It was a magical experience. Just to see the solstice in – without adding the poetry and company of friends on top!

What made it even more exciting for me was despite long days, several performances and early starts both Bert Flitcroft and Jonny Fluffypunk came to join in for part of the 2 hour walk (which my ankles, knees and hips felt this morning)!

The route will be along the riverside to Diglis Lock and encompass the Diglis basin marina area. There will be poetry and prose performances along the route to entertain you. WLF team/ programme © 2015

Jonny Fluffypunk treated to us to a couple of poems under a tree and had the largest group of passers by of the night pass by, who questioned what we were doing until the only girl in the group remarked ‘It’s Midsummer’s Eve tonight innit. They’re a group of those or sommit.’ (Poets/ Druids – we are interchangeable!) We were all delighted he joined the fun and was taken by the concept.

I went next with no passers by that I was aware of but a million bugs and midges coming for the light and then me or my poems. I had to read them as they were freshly inked, although I was fairly pleased with them, they do need lots more work to polish, if anything my editing resulted in them becoming too stripped back.

Kevin Brooke – told us all a story that had an ending that made us all go ‘oooohhh’!

Leena Batchelor – who’d treated herself to a book-light for the occasion shared emotive poetry.

Math Jones – treated us to 3 wonderfully recited poems connected by Shakespeare to Midsummer’s, he performed in the new basin area along with a fairly large cut out installation  almost cardboard looking characters.

Christine Shaw – read a wonderful poem, it was lovely to hear.

Rod Griffiths – performed a great recount of the life of the river, in front of his old dwelling and showed everyone the floodtide markers in the wall.

Damon Lord – performed outside the cathedral as the bells chimed midnight. I was glad he had his Poet Laureate poem requested, because this time I was really able to listen!

Polly Robinson – rounded the Solstice Walk off with a poem about the river and one about the spiders on the bridge, needless to say we walked the non-bridge way back afterwards!

It was a magical evening (although I think I am afraid of the dark still), only trumped by photos of friends who camped out the whole night to see the dawn and those who made it to Stonehenge! 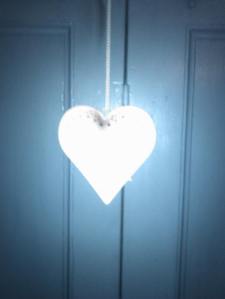