I am way behind on my blogging and need to catch up with myself before October.

On the 12th of September I met the other 3 poets involved in the Naked Lunch commission for Birmingham Literature Festival. Meeting 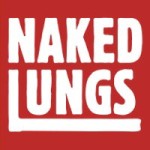 I had met Aysha Begum, a talented poet and winner of the OXJAM Slam earlier this summer in Birmingham, she also facilitated Bridge the Gap – the event on the canal boat so her name may be familiar to you too. Hannah J Graham (thank you for the photos) and Amanda Hemmings are the other poets contributing to this project.

Now we have started writing for the commission and have just a fortnight before we perform. Christopher Baker and Joe Whitehouse are the brains behind Naked Lunch, organising and promoting events for Spoken Word Artists. They claim not to be poets themselves, I am not convinced!

Our performance is on 11th OCTOBER in the Foyer at the Library of Birmingham as part of the final weekend of events for the Birmingham Literature Festival, which starts on this Thursday on the 2nd of October.

They announce the new Poet Laureate in the evening, I know two of the finalists this year, Matt Man Windle and Jasmine Gardosi …. I wish them both all the luck in the world. One poet is a champion boxer, the other a Karate expert…. it could be the first fight between poets, who knows!

Poet Laureate (you can read the candidates poems here)

I should be in the library to hear them and the other shortlisted poems perform their city poems. Shortlisted candidates;

Anyway back to the meeting, we explored the community garden in Digbeth and spent some time talking to each other, discussing the project and theme.

Urban Nature – find out more about this project/ performance here

Before hot footing it back on a train to get to my Stanza Meeting. I had spent most of the day trying to write a new poem to take, but as time ran out I had a look through recent writing and picked a poem I was not altogether happy with.

It was a packed and busy night at Stanza, hosted this month by Ian Glass, who had been at work at all day and like the rest of us couldn’t believe how many poets had turned up. Enough to give the ‘youth’, whose parents had gone out and left a crowd of noisy teens rampaging in their garden a run for their money! Despite this distraction the atmosphere inside was as special and electrifying as I always find stanza meetings to be.

I also had lots of helpful advice from other people on editing and strengthening my poem. Which I have left brewing in a drawer for a few weeks, before culling and reworking starts.

I find these meetings helpful and sociable, we never stop learning and I love hearing people performing their material post edit somewhere public and feeling privileged that I heard it before it had its best clothes on.

And this month Claire Walker had baked an amazing cake for our meeting – with butter icing and foraged forest fruits – which gave me a great idea for One Year A Poet – my anniversary/ Birthday celebration of poetry.

Was the very next day, where Ian MacLeod and I saw our WWM Writing West Midlands group come back together at the start of a new year/term. It was a fun session. 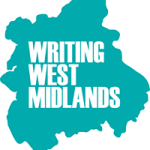 My one to one mentoring role starts next month, which I am looking forward to.

After the meeting I had to rush off into Birmingham to watch a live radio interview recording with Lenny Henry, followed by watching him in Ruddy’s Rare Records at The Rep. Big, BIG thanks to Andrea Smith for the tickets and beautiful company! 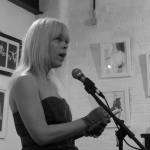