Last Wednesday I wrote 21 Haikus for What’s the Agenda – a project organised and facilitated by Hayley Frances for the MAC.
The deadline for submissions was the 20th.

I missed the workshop because I couldn’t get tickets from the website, due to an error in the sign up form. I contacted Hayley directly and followed the tasks covered by the workshop.

When I saw the submission details advertised it read – isolation in a digital world – yet the workshop dealt with heritage as well as loneliness. Freewriting tasks I wrote about loneliness and how times have changed – in past generations people lived close to their families or stayed with their families. The world today is open globally, many children move away, across country or continents.
The network support isn’t instantly there – if you are lucky and able you make friends and these become your new family.
The pressures of 21st century living on young people and the changing world they are growing up in can cause all sorts of issues.

I then read up on Hikikomori, including some personal accounts and articles. From here I started freewriting Haikus. I wrote 7 in my lunch break at work, the next 14 flowed out of me in the afternoon, after work and before heading out to perform at Confab Cabaret.

I emailed Hayley and she has used them. Not sure if she used all 21 but they form part of the Agenda weekend exhibition down at the

When I wrote this post https://awritersfountain.wordpress.com/2014/03/19/an-afternoon-of-editing-haikus-rehearsing/ on Wednesday I didn’t expect to spend so long writing Haikus. I wrote 21 Haikus for What’s the Agenda? Before getting ready for Confab Cabaret, I didn’t have time to rehearse but did a quick run through and it was one of my favourite poems. I know it quite well. 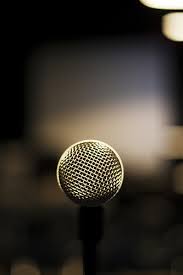 Confab Cabaret was conceived by Amy Rainbow, Catherine Crosswell and Adrian Mealing. It was named after the original venue- ReCon, which sadly closed down at the beginning of the year. Not only have Amy and Catherine kept up the monthly evening of Open Mic and booked performances, they have faced the challenge of finding new venues each month.

Now I am a firm believer that part of the fun and energy of these events I go to comes from the Compere/ MC/ organisers, there is an awful lot of ‘beside scenes’ work that goes on and for Amy, Catherine and Richard the transformation begins as soon as they reach the venue- tealights on tables, the Poet-Tree*, the silliest raffle prizes all have to be displayed, the PA system and everything else besides.

I was really looking forward to this event, as I had such a great night in February and the headline acts were the Decadent Divas and Men in General. Over the past 10 months I have met all the Divas and seen them perform individually. And Men in General are a talented five-piece acapella group, definitely worth seeing if you have a chance – look out for gigs in the midlands. Hereford is there next stop, I believe.

Catherine had baked cakes, Myfanwy had made vegan flapjacks and the party was in the full swing from the get go.

Spoz – there very first headliner was there too and treated us all to a Jeremy Clarkson poem!

Myfawny did Foxpops – the audience all get a piece of paper to write 1 -2 lines on and she has the task of sellotaping it all together and making a poem, which she then bravely takes to the stage and reads.

You can read the audience poem here (Warning – a bit risky in places) the theme was parties.

I had a great night and shared a poem in one of the #prepare to share slots. People seemed to like it. And thanks to Catherine’s generosity I also got to choose a silliest raffle prize. A book of quotations I thought I might use as prompts for writing new poetry.

This was the first of 3 nights of poetry events and a great way to start.

* Which in Oliver’s was too tall, so it became a Poetry Bush!

We will all face rejection from the world of publishing, I have FINALLY had lots of success recently, but it is a long, hard road even for the successful writer.

I saw a link to this article on social media and thought I would share it here, take a look, it will make you feel better.

Amongst the rejected are;

Take a look, these letters will make you feel better, better about yourself and your writing… and then you can just keep going like all these famous people did.

National Novel Writing Month – the main event takes place in November. I successfully completed all 3 challenges and have over 100,000 of writing I have done nothing with since. 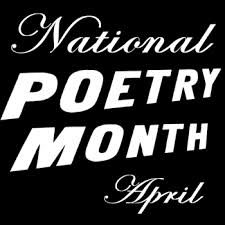 I wrote a poem a day, some from prompts some from my muse. I am DEFINITELY signing up for NaPoWriMo but have decided that for NaNoWriMo it will only be to write a couple of short stories so my monthly target will be 4000 words as opposed to 50,000! I think the minimum is 10,000 but have read that this year they have extended genres and they mention Haikus… I wrote 21 Haikus last Wednesday and even that many poems don’t have many words.

People can sign up already for the NaNoWriMo Spring Camp which starts on the 1st April.
I have collected shiny new badges to display here 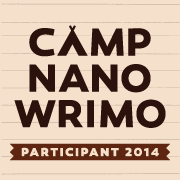 There are also tips to help you plan. I have been both a planner/prepper and a pantster (someone who approaches the target word count without a plan, thought or direction!) 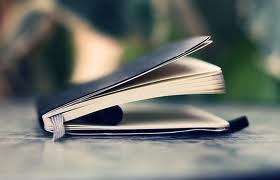 How many of you are going to challenge yourself to camp this April?

I have submitted the site to appear on the participants list on NaPoWriMo and am fully ready to take part with a daily poetry challenge. As with last year (due to copyright issues) I won’t post an entire poem here throughout April, I post extracts and blog about the prompts and experience.