For several months now my schedules have been daunting and I have been pushing myself to fit everything in and along the way I have lost both the time and energy to produce new writing. Reading time is pushed into that small window of time before I fall asleep and creativity is snatched in short notes in my ‘to be written’ pad.

People have warned me, poet friends, people who know – that at some point I will burn out. That doing 2 gigs a week is a lot for anyone, let alone someone who is now working 90% of the week as well.
Although the sensible side of me agrees, I know I could go on and on… but there comes a time when I should listen to the wisdom within and what people are telling me. 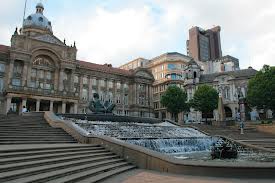 There are always so many events on at the same time as well.

Today there is a workshop at the Arts Centre which I really wanted to attend, linked to a festival taking place there next weekend. I have already got a note in my writing diary to submit Haikus for this festival but I only found out about the workshop on Monday! It is an Arts Council/ Community Project so the workshop is FREE! Music to my ears…. and it looked so good and tasty – exploring loneliness and heritage. Sadly the Ideastap website is refusing to acknowledge that I am not a spambot – it is not accepting any of the codes I put in and I have no idea whether there are tickets left.
I have attempted to email an artist involved and the non-working website – but have heard nothing back off either and it is a long way to go on the off chance they will let a ticketless poet in!

Maybe there is a higher force going on here – rest and write your own work… it is now too late to attend this workshop as it starts in 10 minutes and I live too far away.

The other opportunity I found out this weekend involves a film student attending a local university. He has put a shout out to all poets to come and be filmed for FREE – in return he gets his assignment done and we get a short film clip of ourselves to use however we wish plus the added bonus of an arts company having permission to use the material in promotion or however they want to!
He did a 3 hour open house session yesterday, which I couldn’t attend as I was working as an Assistant Writer for WWM. Today he is half way in and I have about 30mins to make up my mind about this and journey over.
I may give it a miss this time and ask him to let me know if he does it again.

I look shattered – so I wouldn’t be happy with the result even if artistically it was fabulous!

There is also an EmmaPress book launch today in the city at the Urban Coffeehouse, I fancy that – some local ‘real poets’ are in it like Deborah Alma and Liz Berry, to name a few. It was an anthology I submitted work to on the theme of Motherhood – I have submitted to Emmapress several times now and have always been rejected. It is interesting to see / hear the material that makes it – but one thing I have begun to realise is publishing – as with all things in life – is based on a catch 22…. editors like to choose KNOWN names, who in turn guarantee a certain amount of sales, these are often people who already have their own collections or a proper (by this I mean no alternative day job) career built up. I live in hope that this will be me in the future, it is early days and this kind of kudos and recognition doesn’t appear as easily as a cup of coffee in the morning.

There are no over-night success stories.

You have to work at being a writer.

So the catch 22…. I am not yet (despite being accomplished and published often as a young writer) a known name…. I am achieving success though and that hasn’t been lost on me. Time will come. You have to be in it to win it – as they say…

I am sure I would have enjoyed the launch immensely but my decision to stay homebound has been made.

It is a beautiful sun shiny day and Ben has been here all morning fixing the Summer house roof – which was patchy anyway in places and with the deluge of rain and wind we experienced December- March it had flown off and water was going in. We patched up the inside and planted allotment potatoes in huge buckets to take the water if it rained through the roof, but obviously didn’t want to damage the timber.

The roof is now new, tidy and watertight and will probably last longer than the rest of the structure. So maybe I will go and sit outside with a writing magazine for a bit and have my own creative workshop. Besides I have just realised the St Patrick’s Day Parade is also happening in the city – the roads are bound to be a bit busy!

This weekend I also have a few submissions to complete and competitions (fingers crossed) to enter, would be great to win some prize money as my current financial record shows that I am approaching £1.5K on this past 15months of being a writer.
(That does include equipment, travel, tickets, festivals, books, etc. as well as all my work.)

This year I need to learn that all important SWITCH OFF and CHOICE lesson and know that I cannot do everything I want to do.

I am working all of next week and so far have events on every night of the week apart from Monday (which was booked as my writing day) and now has half a day of work attached to it! I may need to save my Sunday energy for next week.

It is so hard trying to be sensible! 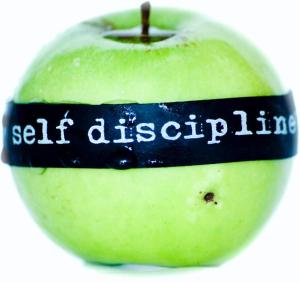 It is also the Black Pear Press Anthology Launch this afternoon, I went to the first event in Worcester, so I don’t feel guilty missing this one! Time for solitude and creativity.