Such a great night I had to think of a suitable synonym for the title of this post! I cannot work out how to enhance OUTSTANDING – imagine the word surrounded by Christmas Fairy Lights with Fireworks going off in the background!

I am excited even now writing about it and it has been nearly 24 hours since the event – in which time I have managed to de-mask my face of all its Aladdin make-up, sleep, work a full day and get 18 3 year old Angels ready for their Nativity Play!

The Journey
There is always a yarn here – my life won’t be nearly as exciting once I have a SATNAV! But I guess my petrol bill will be smaller, a lot smaller!
It is a difficult town of Ring Roads and roundabouts and not one I am used to driving around, plus it’s dark, plus (and this was my real reason for becoming lost… oh, what a surprise I couldn’t find my way!) there were NO ROAD NAMES, the ones that did exist were hidden behind shrubbery! 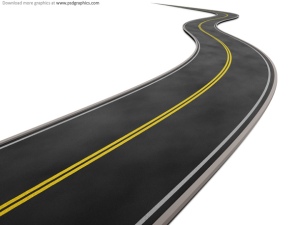 The venue is only 20 minutes from my house – it then took another half an hour to find it! What makes this story so funny (to me at least) is I was lost on a ring road (you can fill the rest of that in.) … In the end I decided the best course of action was to drive as if heading home, turn around and approach it again – and that was when I realised I was lost on ring road zone 1 as opposed to zone 3! I HAD gone left down the right way, I HAD gone down the right hill… the only mistake I had made was to follow the road as opposed to turning left and finding the pub a few doors down!

The joy of getting lost was;
I find the Carpet Museum where Heather Wastie is a Resident Poet and I had the comical adventure of abandoning my car in a taxi rank and in full Aladdin costume getting out and asking for directions.

Long story short (after you have already read the long one!) I got there and JUST in time! And there were still sign up Open Mic spots available!!

Was Pantomime (each month has a different theme) and there was a Fancy Dress and some great costumes, it was so Christmassy – despite the Pirates of the Caribbean themed room – which suited Mogs well. He won the fancy dress as a Pirate, he had a talking parrot toy, a billion props and made a peg leg joke that truly was genius! A deserved winner!
Sarah (MC/Host) was Mrs Claus, Heather was a Fairy Godmother, Mike was a Lion, Mogs was a pirate

and I was Aladdin.

There were Christmas Crackers on the tables (I won some Christmas stickers. I love stickers!) and a really vibrant atmosphere!

Performers
There were a few of us first timers – which is always better if you are not the only one – Michelle Crosby sang and read a great set at SpeakEasy last month and here again at Mouth and Music with new/different material it was a joy to hear her and watch her on stage again! Mike Alma bravely (well he was dressed as a lion!) went 1st so that I didn’t have to!
My set was strange – this I think is my 8th time behind the mic again and I don’t usually write rhyming poetry. I was aware that most of the room had never heard my poetry before and I felt a little awkward or silly reading it – It was designed to be silly poetry – pantomime theme inspired – but I felt uncomfortable. I don’t think that came across though – thank goodness.
It took just under an hour and a half to construct these Panto Poems and I know naturally I write narrative poetry a lot quicker. Next month’s theme is a subject I reflect on often and have already found 6 poems in my collection. 5 minute open mic slots allow 3-4 poems depending on length so I know I will need to choose but I look forward to decisions like that! As I am not having to write any new material I am going to start learning lines and attempt to perform the poems properly!

I enjoyed the night immensely and was glad of a place in the first half so I could sit back (not literally as I was on a stool!) and relax for the rest.

Other performers all thoroughly enjoyed by me were; Daub & Wattle, Tom Wyre (Poet Laureate, Stafford), Andrew Owens, Mogs (John Morris), Elena Thomas, Sarah Tamar & Heather Wastie. It was great to see some new faces and hear some new material from faces I am getting to know.

Headliners
Humdrum Express (Ian Passey) who had me tapping my feet along to his guitar and Tim Cranmore (current Worcester Poet laureate) who is famous for carving musical instruments from vegetables and playing them! I have known about Tim since Maggie Doyle hung up her Laureateship in the summer, I have seen Tim at a few events but I had never had the pleasure of SEEING him perform! My face ached from smiling and laughing, the last time my face hurt that badly was a Royal Academy of Dancing exam – you used to have to fix a smile onto your face for the ENTIRE hour of dancing, made possible by the amount of gel holding your hair up in a bun, it worked like a face lift for teenagers! 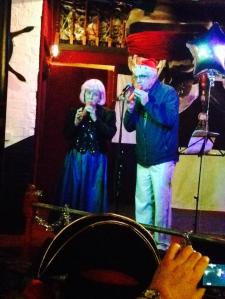 I had a superbly great evening and enjoyed myself so much, it feels like I have had Christmas already!