A month after my first online writing experience finished I have finally got the results!

Congratulations! These are the courses that you’ve earned a statement of accomplishment for on Coursera. It’s up to the professor how to calculate grades for a course, so if you’re wondering why you earned your grade, click the help icon to see the grading policy, and if that’s not clear, please post in the course forums.

Click the button to find out about this challenge and visit Lillie McFerrin’s blog where you will find lots of FSF posts!

It saddens my heart that so often the old then lose this wisdom as diseases take control of their ancient minds and wipe the slate of memories one by one, until they call you by the wrong name, a name from a different generation becomes your identity, still you look at their wrinkled smile and know that they were once the one who spoke of great wisdom.

You age, your heart becomes scarred and blessed by experiences and your mind without your conscious thought, develops. Until one day you realise you are wiser, you talk to someone younger and tell them it will be okay and everything happens for a reason, you pass on the pearl that wisdom will come with age.

Then your face wrinkles into a smile, as you realise you are old.

I took the liberty of using much longer sentences this week – seems I am not yet wise enough to compose this idea in fewer words. (Checks mirror for wrinkles!)

The sun is shining – the sky is blue and cloudless, I have woken up 2 hours later than I had hoped (something to do with going to bed 2 hours later than I had planned!) I am meant to be at the apartment in DIY mode, to be honest I can barely keep my eyes open, there is a definite layer of ‘glaze’…
I have to be in work in 2 hours, if I went back to my old place now I would only have an hour and as it took me over 2 hours last night to do the windows, blinds and oven I don’t hold out much hope on pre-work DIY!

Which is great because I get to catch up online

– my new writing course started Monday and I have only checked in twice and as yet not written a thing for it! The assignment is due next Monday. There was a critique group tomorrow that I was attending for the picture book group, there is also some sort of rally/march and the police have contacted groups and advised them to meet at a different location. Unfortunately I really don’t think I will be in a position to attend as there is so much to do, including now the DIY on my flat. 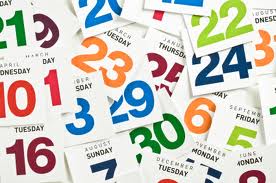 I had planned to hand the keys over yesterday to the estate agent, to be fair I still need to find my energy certificate and I need to be a bit kind to myself I’m still working and juggling life! AND IT IS SO HOT I can only manage things slowly!

Tonight is the staff party/ leaving party for 5 of us, it’s a meal. However, Mr G and our friend who is staying over are off out to the bar, then cinema and then back for a night on the town. I am so tempted to say other things have come up – I have signed up as a no show before and it mattered – figure as I leave next week it may not matter so much. But I am the kind of person who sticks with the 1st commitment even if the 2nd option is world’s better!

short story and updating NaNoWriMo word count.
We also left the bathroom window open last night and have 3 moths that I am not sure how to get rid off – anyone know the best way to catch a moth and release it?

Off to read a couple of challenge posts before I fire up the offline computer and NaNo.